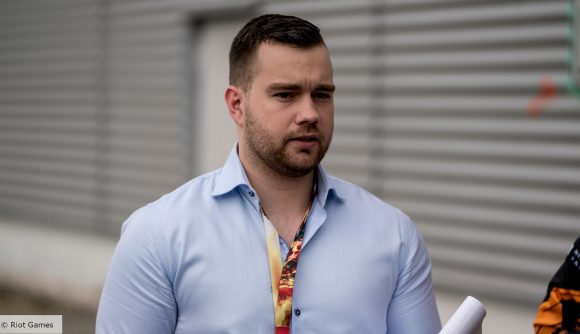 It was arguably one of the biggest roster moves during the competitive League of Legends offseason – certainly one that nobody expected. Now, Joey ‘YoungBuck’ Steltenpool admits that leaving Fnatic for Excel was the right decision and the Six Star General is much happier.

YoungBuck had his most successful stint at G2 Esports, where he won four straight EU LCS titles back in 2016 and 2017 but he also went on to become a beloved figure among Fnatic fans. As Fnatic’s team director in 2018, he helped the organisation to their first Worlds final since season one and proceeded to take them to the quarter-finals at Worlds last year as head coach.

His departure from a team that made it out of the group of death at Worlds to Excel, who finished bottom of the LEC two seasons in a row, came as a shock to many. But the 28-year-old says that his mental health was more important than staying at an organisation he wasn’t happy with just for the sake of winning trophies.

Now, after just a one week in the LEC, YoungBuck admits the move to Excel has dramatically improved his happiness.

He says: “The move to Excel made me much, much happier. It was a very conscious decision at the time to go for either the option of staying at Fnatic and making it to Worlds or going to a place where I can build something and really have an influence and impact on the players and have a say within the organisation when it comes to performance.

“I’ve found that here and I feel like we have a really great group of guys, great players who are always having fun. Even when we’re down 10k gold in scrims, everyone’s laughing and joking around. We have great staff behind the scene as well, Fabian and Alex are both doing great work. I’ve nothing but positive things to say right now because everyone is part of creating this really good environment.

“The effort the guys put into practice makes me happy because that was quite lacking in some of the individuals at Fnatic. But here, everyone is try-harding. Even if we are 10k gold down we’re laughing, but the guys are trying hard. No one is giving up and everyone is constantly working on goals we set out and things we tried to implement in the gameplay. That’s very fulfilling as a coach because that makes me feel like I’m not wasting my time.”

YoungBuck will be hoping to bring Excel their first ever 2-0 weekend in the LEC as they take on Mad Lions and Misfits next week.