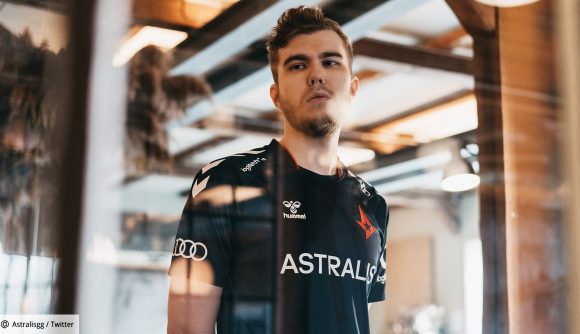 With the rise to prominence of Lee Sin as a top lane pick during MSI, we have since been treated to some truly magnificent mechanical displays. From DWG KIA’s Kim ‘Khan’ Dong-ha to Cloud9’s Ibrahim ‘Fudge’ Allami, there is no shortage of Blind Monk clinicians in League of Legends’ top leagues.

This past week in the LEC we were spoiled once again, this time by none other than Astralis’ Matti ‘WhiteKnight’ Sormunen. WhiteKnight made some truly disgusting plays during the team’s tie with Schalke 04, marking his sixth appearance on Lee Sin this season with a crucial win – a win which would make for Astralis’ first 2-0 week this year.

But when did WhiteKnight develop this proficiency? As he tells The Loadout, it turns out that, prior to going pro, the player didn’t have a set role, and actually spent most of his time between the jungle and mid lane. “During seasons two to six I was kind of a fill player,” he says. During this time, Lee Sin became his most-played champion.

WhiteKnight’s permanent transition to the top lane actually came at the hand of his current coach at Astralis, Baltat ‘AoD’ Alin-Ciprian. The pair were both part of the same team trying to qualify for the EU LCS Challenger Series towards the end of 2016, and it was during that campaign that AoD suggested WhiteKnight try playing top.

Let's not forget about our MVP of the game.

Dear Astralis Family,
I am delighted to introduce Lee "WhiteKnight" Sin to you.

“I stuck with the role because I found it different from everything else that I played,” he says, “and I was actually decent at it.”

Now, with Lee Sin still firmly a meta pick despite nerfs on patches 11.11 and 11.13, everything has come full circle for WhiteKnight. With Astralis finally beginning to translate its performances into results, the toplaner is pleased with the part he’s playing in making it happen for the team.

“I had a few not so good games against the better teams like Misfits,” he says, “but overall I would say I’m really really happy with my gameplay, and I think it shows in the results as well.”

Currently sitting in fifth place, Astralis’ 2021 LEC Summer Playoffs campaign is coming along nicely, though with games against both G2 Esports and Misfits coming up this week, the team’s mettle is in for another big test.