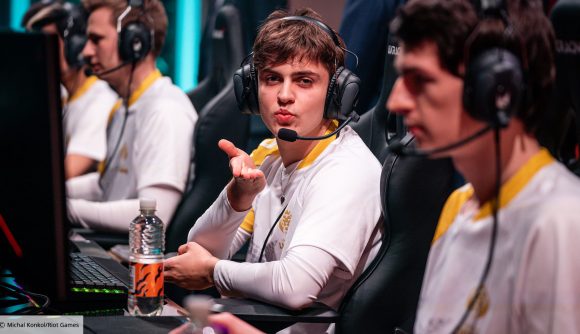 It almost feels like an eternity since Worlds brought another exhilarating season of professional League of Legends to a climactic end. And although Shanghai feels like a million miles away now, it won’t be long before our favourite teams are once again duking it out on the Rift.

Fortunately for European League of Legends fans, Riot has now announced the start date for the 2021 LEC Spring Split, and it gets underway on January 22, 2021. The first week of the competition will hopefully see a flurry of Superweek action according to LEC commissioner Maximillian ‘MAXtheX’ Schmidt. For the uninitiated, Superweeks see teams play three games instead of the usual two, across an extended three-day weekend. As such, there will be plenty of opportunities for viewers to tune in and check out all of the new 2021 LEC roster changes, and see how the teams stack up.

With regards to the LEC’s format this season, MAXtheX has confirmed in a mini FAQ that it will not be changing from what we saw in the 2020 Summer Split. When queried as to why a change wasn’t being made, the commissioner responded: “Pretty easy answer actually: One of the main reasons that all the top four regions (LEC, LPL, LCK, and LCS) have different formats from each other is that they all try to cater to their respective audiences and respective circumstances.” He continues to point out that the LEC’s format last season was well-received, so there isn’t really a need to change it. ‘If it ain’t broke, don’t fix it,’ as they say.

The FAQ also makes it clear that fans will not be able to return to the LEC studio just yet, with COVID restrictions still in place. This also means that players will continue playing online from their respective team facilities. Not being able to get back into the studio hasn’t soured the mood among the teams, however, with Fnatic clearly raring to go.

Meanwhile, G2 Esports owner Carlos ‘Ocelote’ Rodríguez is keen to add yet another LEC split to his team’s ever-growing tally.

With a whole host of roster changes shaking up the LEC as we know it, and these new lineups eager to prove their worth, we can confidently say that the 2021 LEC season is going to be an absolute banger.