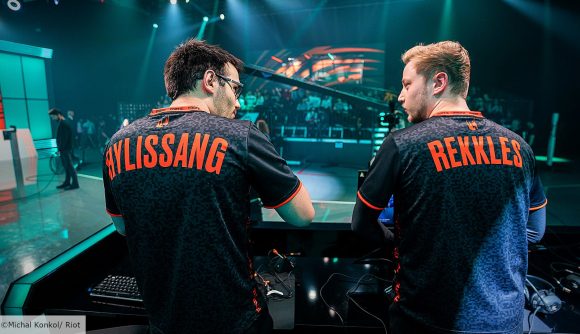 After a closely-run regular season in the LEC Spring Split, we now know our top six, with G2, Fnatic, Origen, MAD Lions, Misfits, and Rogue all heading to the playoffs. After nine intense weeks of group stage action, we’ve seen a whole host of big brain strats, standout performances, and interesting champion choices.

But which players have so far made their mark in European League of Legends’ elite tier, who deserves a good flaming from the fans, and which champions were being selected and shunned. We’ve decided to pick out some of the juiciest stats (courtesy of Gamepedia and GoL) from the group stages to get a little snapshot of what European competitive LoL was like this split.

Firstly, let’s have a look at some of the best slayers who have been racking up kills left, right, and centre so far this split. When it comes to average kills per game, there are three standout names who are the only players to get over five kills per game on average. G2’s jungler Marcin ‘Jankos’ Jankowski tops the charts, averaging 5.33 kills per game. Fnatic’s AD carry Martin ‘Rekkles’ Larsson is close behind with 5.28, while Jankos’ captain on the G2 roster, Luka ‘Perk’ Perkovic, is in third with 5.22.

Rekkles’ aggression on the Rift also saw him pick up the only pentakill of the group stages after slaying all five members of Rogue in week five with Ezreal.

However, the award for the most kills by a player in a single match this split goes to his teammate Oskar ‘Selfmade’ Boderek, who dropped 17 against Team Vitality in week nine with Evelynn.

Rekkles also leads the way in terms of overall KDA ratio. By taking his average kills and assists and subtracting his average deaths, Rekkles tops out at 9.90, a fairly large margin away from Origen’s Elias ‘Upset’ Lipp in second with 7.64.

On the other end of the spectrum, the players with the worst KDA averages have, unsurprisingly, all featured in the starting roster for last placed Team Vitality. Support Jakub ‘Jactroll’ Skurzynski (1.05) and mid laners Marcin ‘Selfie’ Wolski (1.14) and Lucas ‘Saken’ Fayard are the bottom three.

Then there’s the much debated and discussed matter of champion selection and banning. 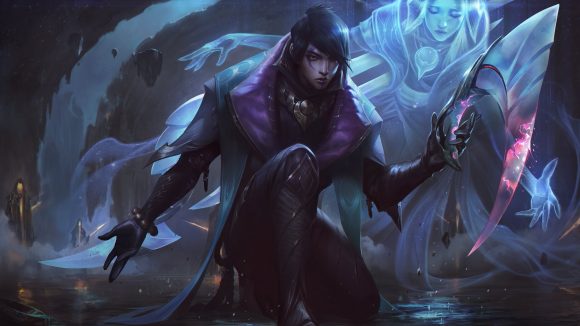 One of League of Legends’ most controversial champions ever leads the way in terms of overall presence, with Aphelios topping the charts with a 95% pick-ban rate.

This is largely down to him being the most played champion of the group stage, featuring in 46 of the 90 matches. Close behind Aphelios in the list of most picked champions is Gragas (43) and Nautilus (40).

There was a clear winner when it came to which champion LEC pros did not want to face on the Rift, with Syndra being banned 61 times throughout the split; a country mile ahead of Pantheon (44) and Ornn and Senna (42).

If you want to dive even deeper into the numbers and see what some of Europe’s finest were up to this split, check out the stats pages on Gamepedia and GoL.