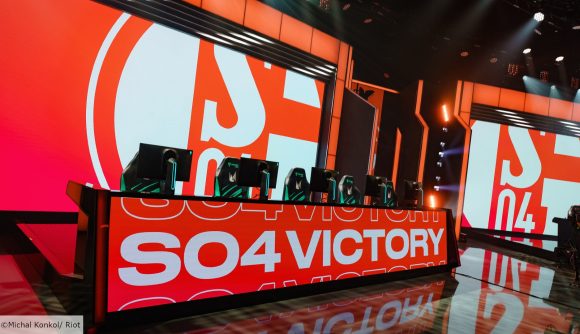 February 24 Schalke 04 Esports’ managing director, Tim Reichert, has confirmed the football club may have to sell its LEC slot.

FC Schalke 04 could sell off its esports division, including its spot in the League of Legends European Championship, as the club looks destined for relegation from the top division of German football.

Schalke has been one of the biggest and most dedicated advocates for esports in the football world, not only signing players to compete in FIFA and Pro Evolution Soccer but forking out for a spot in the LEC. Initially costing €8 million, which is close to $10 million, Schalke’s spot in the LEC could now be worth upwards of €20 million (around $24 million).

L’Equipe reports that due to Schalke football club’s large amount of debt, it may sell its LEC spot and either cut back or shut down its esports arm. The club currently sits at the bottom of the Bundesliga table, and relegation from the German top flight would only worsen its financial troubles.

Sources have also told Dot Esports that conversations about an LEC spot sale have been taking place internally between management and staff.

Schalke has now confirmed these reports, with esports managing director Tim Reichert saying in a Q&A session that its spot in the LEC may go up for sale, as the organisation’s “core” – it’s football team – is top priority.

Due to the impacts that coronavirus has had on matchday revenue, plus the financial burden its likely relegation from the Bundesliga, selling the spot would generate funds to help support Schalke’s football team.

Reichert also claims in the Q&A that exiting the LEC is not a certainty, and if fans are allowed back in football stadiums to generate revenue and Schalke can avoid relegation, there is a chance its esports division could survive too.

He also assures fans a decision on Schalke’s future in esports will be made “around the end of May – June”.

If it were to sell its LEC spot, a new buyer would be needed. Despite Schalke not even confirming if it will sell yet, speculation is already rife. A number of teams currently competing in regional European League of Legends competitions are being touted, such as BDS Esport – which currently fields a LoL team in the LFL, and also has teams in Rainbow Six Siege, Rocket League, FIFA, and more.

Movistar Riders could also be a candidate, having been one of the teams that applied to be one of the initial ten franchises in 2019. Its application, along with the application of the now disbanded organisation North, fell through at the last minute. Movistar Riders and North were eventually replaced with Splyce and Excel.

The Loadout reached out to the LEC to comment on whether Schalke had discussed a potential sale with them, and if it had potential candidates lined up to buy the spot. The LEC declined to comment on the matter.