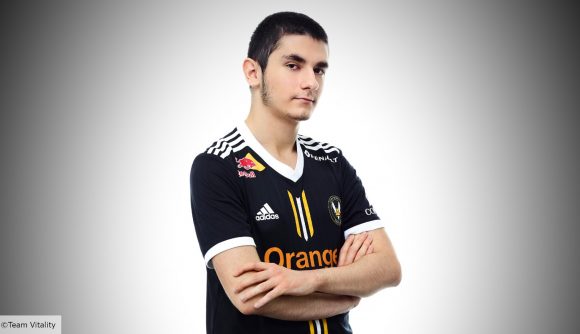 While it was yet another disappointing split for Team Vitality in the LEC, there was one cause for celebration for fans of the team. After bringing Labros ‘Labrov’ Papoutsakis into the starting roster after a poor Spring, the youngster was crowned as the top rookie of the Summer Split.

The Greek support pipped the likes of SK Gaming’s Dirk ‘ZaZee’ Mallner to the award, commending his aggressive and confident play style despite his team’s less than stellar performances. In recently released statistics about the Summer Split regular season, Labrov topped the charts for the kill participation after getting involved in over 80% of Vitality’s eliminations.

It’s this eagerness to get involved in every battle, despite it being his first split in top tier competitive LoL, that has made him stand out from the rest of the team. However, while he acknowledges his strong start to life in the LEC, Labrov says that he never really gave the rookie award a thought.

“It made me quite happy actually because I really didn’t expect it to be honest,” Labrov tells The Loadout. “I had completely forgotten about the award, so yeah it kinda surprised me in a nice way.”

When asked about his unmatched kill participation this season, the youngster says that it’s simply a byproduct of his preferred champion picks and that he’s hopeful to continue his aggressive playstyle under the lights in the LEC studio next year.

“I really enjoy play-making supports like Thresh and Bard, and that’s why I think I have such a high kill participation over everyone else in the league,” Labrov says. “I really want to play on the stage and see how I’ll perform up there, because I feel like it would be different for sure. Not so much in how I play but how other teams will play when they’re not sat at home.”

Thanks everyone for supporting me. Next year will definetely be better! https://t.co/jpF6anHmaX

While awards and accolades are always nice to receive, they often bring added pressure or expectations. As a young talent going into only his second LEC season – which is a situation many of Vitality’s relatively inexperienced roster find themselves in – how will he and the rest of his team develop to avoid yet more disappointment in 2021?

“I need to keep focused on myself,” Labrov admits. “Even if everything around me is not so good, I need to always keep working on myself and not get distracted by other things. I think I should also start pointing out mine and others’ mistakes a bit more, and potentially become a bit more of a leader. I think that will help for next year.”

“[This split] MAD Lions had a young team and they did really good and deserve to go to Worlds. I really think if we had fought a little smarter and done things a little differently, I think we could’ve been in their place. It’s easy to say now, but I think we can reach that kind of level next year.”

Labrov’s performances have been oozing with confidence far beyond what is expected of a rookie, but it appears that his awareness to develop as a player is way ahead of where it should be too.

It’s true that he alone wasn’t enough to change the tide for the team this year. But Labrov’s impressive start in top tier League of Legends has certainly been a ray of light in an otherwise gloomy season for Vitality’s fans.