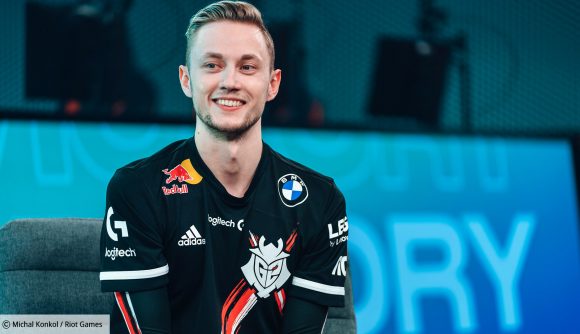 Martin ‘Rekkles’ Larsson is already a League of Legends European Championship legend in his own right, with his long and illustrious career so far earning him a spot among the best western League of Legends players of all time. But this weekend the botlaner went one step further and cemented his spot in the history books by becoming the first player to reach 2,000 kills in Europe’s top league.

Rekkles finally reached the milestone after a near-flawless performance in the LEC this week. After going 6/0/2 against Astralis on Varus, that magical number was only a few kills away – though a strong Rogue side looked to ensure the botlaner would have to wait another week before claiming the accolade.

However, G2 Esports – which has struggled immensely so far this split – looks to be reinvigorated (perhaps partly thanks to Rasmus ‘Caps’ Winther’s new look). In a completely dominant display, the team dispatched the first place side 18-1 on kills, with Rekkles himself racking up 11 of them on his patented Tristana pick. A 2-0 week and 2,000 career kills to your name? Not bad.

Across Rekkles’ seven-year stint in the LEC, the player has totted up four domestic titles, four regular season MVP awards, and has made four appearances in the LEC’s All-Pro First Team – a Jhinconceivable feat.

With G2 finally returning to form and playoffs only a few weeks away, we could very well see Rekkles make his seventh Worlds appearance yet. However, the team needs to navigate its way past both Vitality and rivals Fnatic this week first.