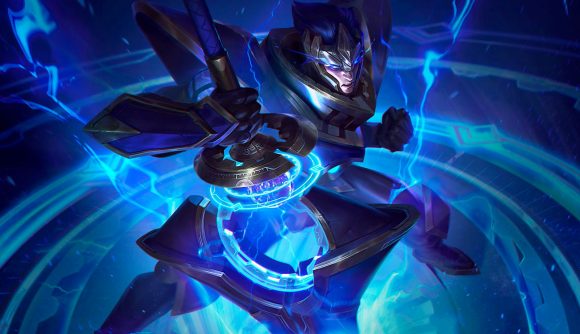 The League of Legends European Championship is one of the world’s biggest esports leagues and – thanks to fixtures like G2 vs Fnatic drawing in almost half a million viewers – sponsors want in. Non-endemic brands like Kia, Warner Music, and Beko have all partnered with the 2020 LEC, and another big name has joined the party for the Spring Split: Pringles.

The crisp giant isn’t just here to plaster its logo about, however. As it did with its initial LEC partnership during the 2019 summer finals, Pringles will be offering fans the chance to win some tasty prizes. This time around, Hextech skins for five different League of Legends champions – Renekton, Alistar, Jarvan IV, Malzahar, and Kog’Maw – will be up for grabs, with codes on the bottom of Pringles tubes giving fans the chance to nab one.

As well as the incentive of skins, you could also win Hextech chests and keys or a 50 Riot Point voucher. Ten lucky fans will also be treated to LEC tickets, a tour of the studios, and a meet and greet with the league’s casters.

The #LEC welcomes @Pringles as the Official Savoury Snacks Partner for the 2020 Spring Split!

While some of these Hextech skins go as far back as December 2017 (Hextech Kog’Maw), LoL fans rarely pass up the opportunity to swindle a decent skin when they can.

As well as the five skins included in the Pringles partnership, the Hextech set features 15 different champions, with Swain being the latest to be added in December 2019.