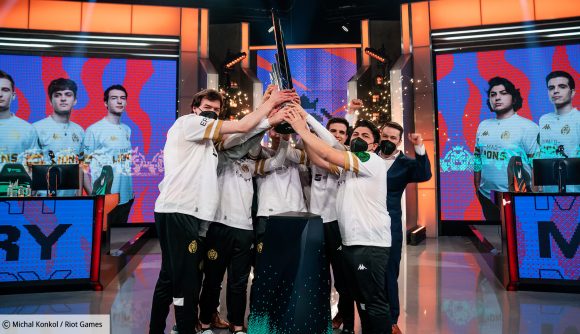 This weekend, the League of Legends European Championship aims to take another big step back towards pre-pandemic normality by inviting its teams back into its Berlin studio to play on LAN.

The decision to bring all ten LEC teams back into the studio for the remainder of the Summer Split does come with a caveat though – only those playing in the first, third, and fifth match of a given matchday will be in the studio, while those competing in the second and fourth games will play remotely.

While this is done for good reason – that being that the LEC studio is too small to home all ten teams at once while still meeting social distancing guidelines – it is a format that could cause some headaches if not approached in the right way. How does each team get an equal amount of remote and studio play, and will the existing schedule be able to adjust to make sure storylines are not being missed out on?

Well, we spoke to the LEC’s chief headache-preventer, Maximilian ‘MAXtheX’ Schmidt, about what concerns teams had with this semi-return to LAN and how he’s been tackling scheduling conundrums.

It’s finally happening – players are coming back to the #LEC stage for the regular season!

“Everybody wants to go back to the old normal and to have as much studio play as we can basically orchestrate,” Schmidt tells The Loadout. “The one question that [the teams had] – and I personally share their sentiment of – is the question of: ‘How can we make it as fair as possible between the teams and how much exposure will they get on the stage?’

To ensure that level of equality, the original “sample schedule” of the Summer Split had to undergo a fair amount of changes. While the LEC does reserve the right to make changes to the schedule, so long as it gives fair warning to the teams involved, Schmidt says he provided teams a comprehensive new schedule for the rest of the split to put minds at ease. 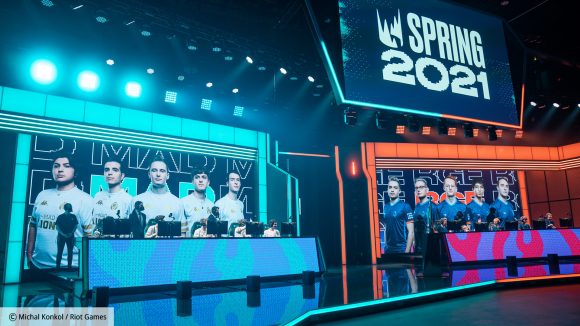 He also says that while competitive integrity and exposure concerns were the key things to get right with his new schedule, he also tried to preserve as much of the storyline potential from the original schedule where possible.

“We had to make some concessions [in regards to storylines]… just to ensure that we have this level of parity reflected,” he explains. “But I’m very happy with the solution we have. And I think we’ve got the best of both worlds.”

Admittedly, with a split that has been creating its own unpredictable storylines as it goes, predicting the narrative was always going to be a tall order anyway, regardless of the new part-LAN, part-remote plan.

While the Spring Playoffs offered us a first taste of offline LEC action since the start of the pandemic, players, staff, and supporters of all ten teams will now be able to enjoy some LAN action throughout the rest of the Summer Split.

The LEC’s return to the studio begins this Friday, July 9, with Schalke 04 vs SK Gaming.