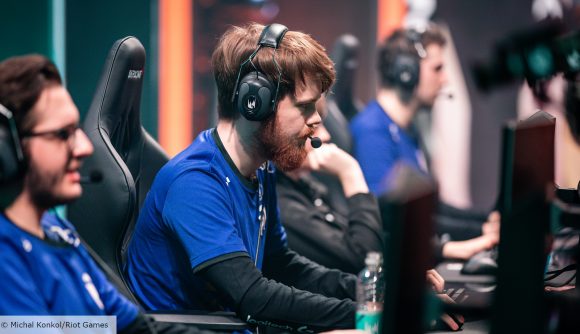 Despite dropping into the losers’ bracket of the LEC Spring Playoffs this year, Origen have had some of the most consistent performances in the league so far. It’s that consistency combined with the team spirit in camp that midlaner Erlend ‘Nukeduck’ Vatevik Holm thinks will lead them to a title this year.

Speaking to lolesports, Nukeduck says he feels comfortable with his team – much more than he did this time last year – and now that he’s surrounded by the right people and the right mentality, he honestly feels that a victory at some point this year could be in reach.

“I think this could definitely be our year,” he tells them. “I try my best to win. If I don’t think that if I don’t win a trophy it’s the biggest failure and if I do it’s the biggest success. After a while, you realise not to base your emotions on results and instead put in the hard work and try to make the best out of what you’ve got. But, with that being said, the team is very strong this year and I have everything I need.

“We have great laners, junglers, and support. I don’t think I’ve ever had this good a mix of players before.”

Origen dropped into the losers’ bracket last week after losing 3-1 to Fnatic in the first round. The team will face Rogue in losers’ bracket of the LEC Spring Playoffs tomorrow (March 10) at 9AM PT (12PM ET/5PM BST). If they win, they’ll be facing Worlds finalists G2 Esports for a spot in the semi-finals in what would be a tough route to the finals.