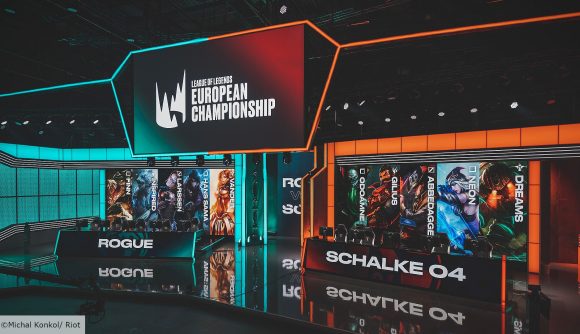 The man at the helm of the LEC’s partnerships division has released an apology to fans regarding the infamous deal between the league and NEOM, almost six weeks after it was scrapped.

Alban Dechelotte , whose full job title is ‘head of partnerships and business development for Europe, Middle East, and Africa,’ today posted a TwitLonger expressing both his gratitude to the LEC team for their efforts over this challenging split but also his regret about the NEOM fiasco. The LEC’s partnership with NEOM – a project to build a futuristic mega city in Saudi Arabia that is funded by the country’s controversial government – caused mass outcry from fans, casters, and Riot employees and was scrapped within 24 hours of its initial announcement in July.

While Dechelotte decides not to refer to NEOM by name in his statement, he apologises for “what happened this summer” which he says left the league in a “painful situation,” making it clearly obvious that he is talking about the failed partnership. He also says the deal with NEOM was “a failure on almost all” of Riot’s core principles when evaluating potential business partners.

After listing the LEC’s many successful brand deals and partnerships this year, Dechelotte says that “2020 will also be marked by the pain and sadness we created among fans, talents and partners when we announced a partnership this summer.

“I can only say that what happened this summer – from beginning to the end – was a failure on almost all these principles. And almost every day since, I wish I could go back in time and change the steps that have led us to this painful situation. Since then, I have committed myself to focus on taking the best learnings possible to build a more robust decision process, and be an actor of change to give all voices a chance to be heard when we work on new partnerships.”

End of season for the LEC
Means also an opportunity for me to break the silence, reflect on this extraordinary year, and to share my thoughts on the many highs and lows we’ve faced on the way.
Read: https://t.co/RbRks3Uhz2
A+#LoLEsport #LEC #BiggerThanYouThink #Esport

While Dechelotte’s apology does not call out NEOM by name, the acknowledgement of his division’s oversights and commitment to improve has been welcomed by the community.

Following the resolution of the disaster around the LEC and NEOM, Riot Games pledged to establish a new ethics committee and global deals council to oversee all future partnerships.