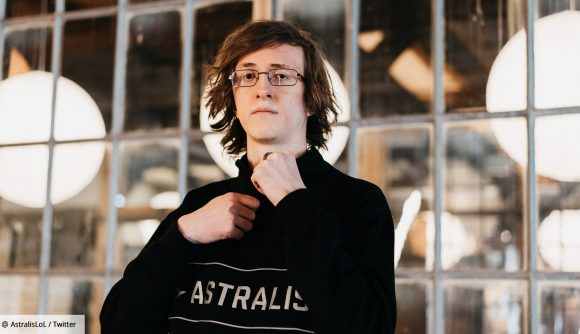 After being drafted in as a short-term replacement for Erlend ‘Nukeduck’ Holm midway through the LEC Spring Split, Astralis has confirmed that Felix ‘MagiFelix’ Boström will stay with the team until the end of 2021.

The former Fnatic Rising midlaner – renowned for his incredible achievements climbing the LoL ranks – joined Astralis on February 8 after Nukeduck stepped back due to personal reasons. Despite a disappointing ninth place finish in the Spring Split, MagiFelix’s decent performances have been acknowledged by the organisation and, as such, he’s been offered a new deal keeping him at Astralis for the rest of the League of Legends season.

With MagiFelix staying, Astralis confirms that Nukeduck will now be leaving the organisation by mutual decision. Nukeduck was the only member of the 2021 Astralis roster to have played under its former banner of Origen. This now marks a completely new era for the organisation in the LEC.

“When [Nukeduck] stepped back, we were very lucky that MagiFelix was able to join us on short notice,” Astralis Group’s director of sports, Kasper Hvidt, says in a statement. “As we did not have time to do the normal vetting, we agreed to a short-term contract to make sure it was a good fit for both parties. Since day one, he has shown much of what we are looking for in an Astralis player on and off the server, and I am glad we have now agreed to continue the relationship for the remainder of 2021.”

Hvidt also thanks Nukeduck for his services and says that the player leaves “under optimal conditions” given his circumstances.

Everyone is wondering if @MagiFelix_lol will stay with us so @Zanzarahlol just straight up went in and asked him. pic.twitter.com/DHHtcimEs7

With MagiFelix secured for the rest of the year, Astralis will hope to build on his early promise and make a push for the LEC Playoffs in the Summer Split. When we spoke to MagiFelix earlier in the Spring Split, the youngster said he wanted to prove he is “capable of playing in the LEC” and with this new deal, pressure on this goal should be lifted.