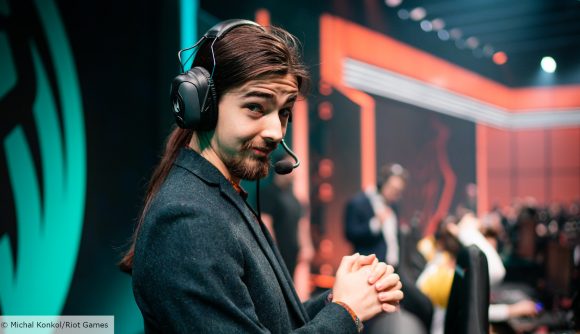 After a very strong showing in the Spring Split – in which they finished as the best of the rest in third behind the titans of G2 and Fnatic – MAD Lions enters the summer as a solid contender for a Worlds qualification spot in the LEC.

While the Summer Split got off to a losing start yesterday after being dealt the hardest possible hand with an opening match against G2, MAD Lions will still be touted as a contender for a spot at Worlds. But what has the team been doing during the offseason to not only replicate but also improve on its strong showing during the spring?

“The main thing is obviously making sure that we continue to give players the appropriate amount of feedback,” MAD Lions head coach James ‘Mac’ MacCormack tells The Loadout after that opening match against G2. “We had a pretty detailed assessment and a long conversation with all the players individually and gave them feedback from both us as the coaching staff but also from other players as well to make sure that everyone had something to reflect on for the Summer Split.”

This summer is potentially one of the most high pressure splits ever, with teams competing solely from home, fixtures packed into a tighter schedule, and a new Worlds qualifying system.

However, Mac says that MAD Lions – who already attempt to lead the way in aspects like mental fitness and preventing burnout in esports – are well prepared for a demanding split.

“We know that as an organisation we respond well to levels of stress and things like that, so planning ahead for those hurdles was a big part of our off season process,” Mac says. “There’s always a tipping point though. A person can be able to deal with stress and pressure up until they reach a certain point before being overloaded. But I think in general our players will be fine because we do a lot to make sure their stress levels are low and the atmosphere is good and that we take steps to actively combat that.

“We also try to expose players to low levels of stress and challenge to push them so that they can train themselves to keep happy and healthy and prepared for those stressful situations. So in that regard I think we’ll be absolutely fine.”

MAD Lions will look to bounce back from its opening game defeat with matchups against Excel and SK Gaming this weekend and begin the push for the Worlds spot that the team looks well placed to achieve.