We haven’t seen Misfits Gaming on the League of Legends World Championship stage for quite some time now. It feels like forever ago that Lee ‘IgNar’ Dong-geun was putting on a masterclass against the 2017 tournament’s favourites, SKT T1, showcasing peak Leona and Blitzcrank play in what was a five game banger of a series. Unfortunately, that iteration of Misfits was ultimately sent home by the Korean powerhouse, but not without proving that the then-most-dominant region could bleed.

While SKT (now T1) has, for the most part, managed to remain a powerhouse on the international stage, the same sadly can’t be said for Misfits. Since 2017, the team has made the LEC Playoffs just once in Spring 2020, which resulted in a swift dismissal at the hands of Rogue in the first round. Although Misfits finally started to show signs of real quality at the beginning of last year, the team failed to convert this into further success, missing out on the 2020 Summer Playoffs altogether.

Now, in 2021, Misfits has overhauled its squad in the hopes of happening upon a winning formula. Veteran midlaner Fabian ‘FEBIVEN’ Diespstraten was replaced with rookie talent Vincent ‘Vetheo’ Berrié. The young Frenchman has shown flashes of brilliance so far, including a standout performance against Fnatic earlier in the split.

A major surprise comes from the addition of Shin ‘HiRit’ Tae-min, who has impressed so far in the top lane. Excel Esports’ Felix ‘Kryze’ Hellström recently told The Loadout that the former 1907 Fenerbahçe player is the most “outstanding” opponent he has come up against in scrims so far.

Finally, the departure of Mads ‘Doss’ Schwartz opened the door for Oskar ‘Vander’ Bogdan – a top four LEC support last season – to partner up with Kasper ‘Kobbe’ Kobberup. However, despite assembling a roster stacked with talent, Misfits has once again struggled to assert itself in the league. Kobbe believes the team is currently dropping games due to poor fundamentals, attributing the team’s early success to “our players being good, rather than being a good team.”

Misfits currently sits in eighth place with a 3-6 record, but Kobbe tells The Loadout that he isn’t worried about this revamped squad going forward. “We’re in it for the long run,” he says. “For now it’s just about trying to improve as much as we can, get some wins, and hopefully get to the playoffs. Even if it doesn’t look so good right now, I still think there’s hope for it.” Indeed, we have already seen individual quality from this Misfits squad. But the team’s playoffs hopes are now entwined with how quickly it can learn to operate as a cohesive unit.

Despite the team’s poor form, Kobbe has thoroughly enjoyed working with his new teammates, especially Vander. “It’s been really good to play with him [Vander] and talk to him, as he’s taught me a lot of things,” he says. “He’s for sure one of the best supports I’ve ever played with.”

However, developing synergy with his new bot lane colleague has not been without its difficulties, which according to Kobbe is chiefly due to Riot’s removal of duo queue from Master tier and beyond in the League of Legends ranks. “I’m still really annoyed that there’s no duo queue because I would like to play more often than just scrims, so we could build synergy faster,” he says.

The past offseason saw a number of NA pros set up their own in-house games to get crucial practice in against top-tier opposition. When asked if this was a viable option in Europe during the regular split while duo queuing is not an option, Kobbe believes that, while players may opt for in-houses during the offseason, it’s not viable “right now.” What some players are currently doing instead, he reveals, is “torching their promos to Master so they can continue duo queuing.”

Alongside being against LoL’s Code of Conduct, as the Dane points out, there are a number of other issues with this. “You get lower quality games, long queue times, and doing stuff like this just doesn’t feel right,” he states. “It’s kind of like cheating the system.” Additionally, for players actually in the Diamond I MMR range, having to navigate games with Challenger tier players potentially makes their climb into Master even more difficult than it already is.

As a player who relies on having to work together with someone else in lane, Kobbe is keen for Riot to reinstate duo queue so that players who need to duo don’t need to resort to these methods. “They removed it some seasons ago, then they enabled it again, and now it’s removed again,” he says. “I just don’t really understand the decision making around it. I’m not a big fan.” Kobbe’s sentiments are echoed by MAD Lions botlaner Matyáš ‘Carzzy’ Orság, who earlier took to Twitter to express his frustration.

While Kobbe is critical of Riot’s removal of duo queue, he is equally supportive of other changes elsewhere this season, particularly the changes to marksman itemisation which has led to even the game’s top players having to relearn core elements of the game.

“I’ve played for many years, and I kinda always knew what the most optimal build in most situations on most champs was,” he says, “and now it’s like a completely different game. You can buy recommended items, of course – I’m glad Riot improved that for maybe less experienced players – but there’s a lot of options you can go for […] you don’t just have to build the same every game.”

The LEC has seen a huge variety of marksmen picked in the bot lane this season, including Worlds 2020 meta staples like Ashe, Jhin, and Senna, rarer picks like Vayne, and of course the latest bot lane addition in Samira. On the diversity of the role right now, Kobbe believes that, asides from Kai’Sa – “which is considered the OP pick” – there isn’t a set tier list. “I feel like if you’re really good at a champion, know its ins and outs, as well as its matchups, then you can make it work,” he says.

There have been points in recent seasons where marksmen have made way for other champion classes in the bot lane. Mages became a staple in 2018, while combinations like Garen/Yuumi and Sona/Taric were often seen in 2019. 2020 was fairly stable, with the Fasting Senna strategy perhaps the only real deviation from the standard setup. Ultimately, it seemed that marksmen would once again rule the bot lane alone in 2021. 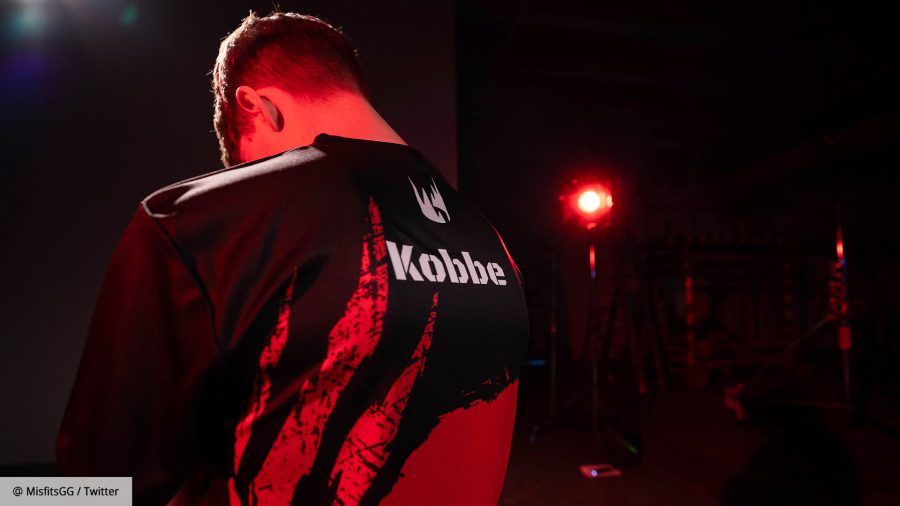 However, the game’s most controversial champion, Seraphine, recently made her bot lane debut in the LEC as Carzzy piloted her to victory in MAD Lions’ game against Team Vitality. With the enchanter class looking particularly potent on LoL patch 11.3, we may be about to see the Starry-Eyed Songstress take on a more prominent role there.

Having predominantly played marksmen throughout his career, it’s easy to suggest that this new bot lane flavour may put pressure on players like Kobbe to switch up their champion pool. However, as he points out, while a player with his level of experience has most-likely developed a working understanding of how most champions in the game operate, a vast champion pool is only valuable if the team is able to take advantage of it.

“Let’s say you always used to have a marksman, and then you switch it out for a mage or enchanter,” he says. “The draft needs to find AD sources elsewhere, or else you’ll have problems taking objectives.” Furthermore, if a player is most comfortable playing one class of champion, there’s every chance that being flexible for the sake of being flexible may mar the team’s overall performance.

While adding new spices to the pot may seem appetising, Kobbe remains focused on developing Misfits’ recipe for success through keeping things simple for now.

He’ll be able to test out that recipe for success when Misfits face joint-top of the table Rogue and SK Gaming next week.