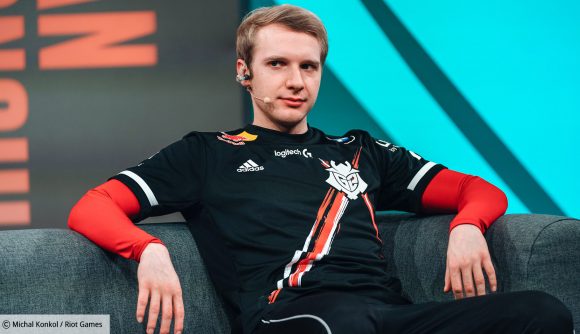 It appears that the Polish Olympic team is set to add another Marcin to its javelin-throwing ranks. In a move absolutely no one predicted, national record holder Marcin Krukowski is, according to The Loadout, soon to be joined by Marcin ‘Jankos’ Jankowski of League of Legends team G2 Esports.

Jankos first caught the eyes of national scouts during his LEC performances this past split. Renowned for his impressive Nidalee spears, it was only a matter of time before the cerebral jungler got the call. “We always knew that League of Legends wasn’t really for Jankos,” an anonymous G2 superfan tells The Loadout. “He just kept throwing spears without them hitting. It looked more like he was practicing throwing them as far as he could.”

But just how far can the League veteran throw? Well, according to professional Reddit mathematician, u/GaleHarvest, Teemo – a 100 unit champion – comes in at 0.9 meters tall. Nidalee’s spear range is 1,500 units, aka, 15 Teemos. This makes for a total throwing distance of just 13.5 meters. Now, this doesn’t sound impressive by itself, but when you account for Berlin internet, as well as the fact Jankos is throwing spears with one finger’s worth of strength, we estimate that the esports athlete’s average throw at stable ping and full power is actually 98.49 meters – this just so happens to be .01 meters greater than the world record held by the legendary Jan Železný.

Other notable throws aside from Železný’s include Andreas Thorkildsen’s 90.57 meter Olympic record at the 2008 Beijing games, Steven Backley’s 91.46 meter British record, and Martin ‘Rekkles’ Larsson’s performance against Immortals during the Worlds 2017 group stage.

I can confirm in the #LEC game vs @Rogue, @G2Jankos
on Nidalee:

Of course, this is a new challenge for Jankos. While he’s certainly proved himself online, Jankos finally has the chance to become a world champion – something G2 has failed to achieve multiple times in the League of Legends world.

With Jankos’ departure, G2 will now surely be looking to its academy team, Fnatic, for a replacement jungler heading into the 2021 LEC Summer Split.