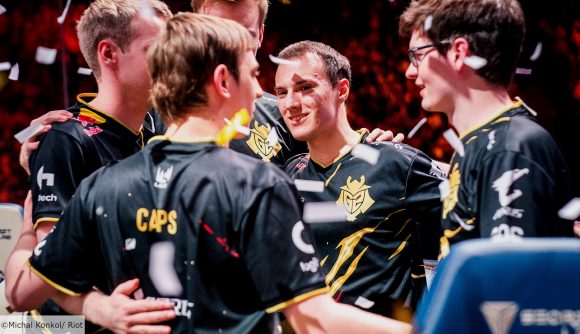 It’s a great day for European League of Legends fans because the LEC returns tonight. That’s right, the Summer Split is about to get underway, and with four seeds to Worlds 2020 on the line, we’re in for one hell of a split – but Spring champions G2 Esports is preparing to put up a fight.

According to Carlos ‘Ocelote’ Rodriguez, the founder and CEO of the organisation, G2 is looking forward to another strong showing. The role swap of Rasmus ‘Caps’ Winther and Luka ‘Perkz’ Perkovic helped keep the players fresh during the Spring. Now they’ve switched back again, Ocelote says the team are feeling reengaged and ready to go once more.

“We are feeling really good,” Ocelote says during an LEC press conference yesterday. “The role swap of Caps going ADC and Luka going mid makes the players very hungry to learn thing. They are player who are very motivated by having fun and changes like this refresh how they think about the game which helps. Now starting the Summer Split, we switch back, which keeps the players engaged and fresh – it’s sort of like a new season.

Although G2 is looking to earn one of the four European Worlds slots this year, the team are hoping to do it in style. When asked during the press conference what G2’s overall goal was this year, Ocelote simply replied: “We’re trying to see if we can get away with not losing a single tower throughout the split.”

We’ll have to wait and see how the team gets on with that bold mission when G2 take on MAD Lions in the first match of the Summer Split later today at 6PM CEST.