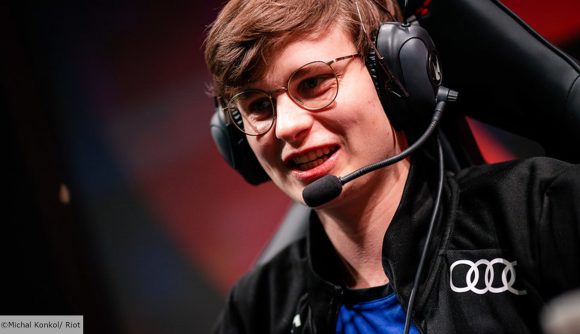 Upset, who is widely touted as one of the LEC’s brightest young talents, joins from the Astralis (previously Origen) roster that was disbanded and rebuilt this offseason after finishing last in the 2020 Summer Split. Despite being just 20 years old, the German has three full seasons of LEC experience under his belt and comes recommended by Fnatic’s current support, Zdravets ‘Hylissang’ Galabov.

In a press release from Fnatic, Hylissang says Upset was his top pick to play with in bot lane for next season. “I’m really excited to play with Upset,” he says. “He’s one of the few AD carries that can match my playstyle, and I can’t wait to see how we’re going to work together on the Rift.”

It’s been a busy period of announcements for Fnatic, which began with the departure of their star player Rekkles to G2.

The Orange and Black then announced the signing of Belgian midlaner Yasin ‘Nisqy’ Dinçer from Cloud9, before revealing its new coaching staff, which includes well-travelled coach and caster Jakub ‘YamatoCannon’ Mebdi.