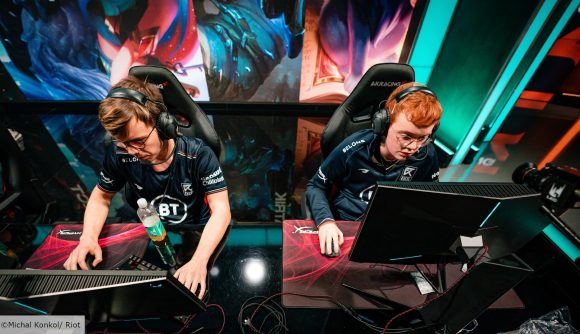 “Patrik’s on fire, your bot lane is terrified!” a hoard of Excel’s most die-hard fans chant as their beloved ADC racks up another kill against Schalke. It’s not often you hear such dedicated and loud fans on the LEC broadcast, besides the odd: ‘Let’s go G2, let’s go.’ But something about Excel’s new bot lane has captured the hearts of not only the team’s fans but audiences around Europe.

Both Patrik ‘Patrik’ Jiru and Tore ‘Tore’ Hoel Eilertsen were somewhat established players before joining Excel. Patrik most notably helped Origen reach the 2019 Spring Split finals whilst Tore was part of the historical Spylce roster who, along with Fnatic and G2, became the first European teams to simultaneously make it out of groups at Worlds.

The pair have never played with each other before the 2020 Spring Split, but they’ve managed to insert some life into a previously stale Excel roster – their coach Joey ‘YoungBuck’ Steltenpool even labelled them as one of the top three bot lanes in Europe, a sentiment Tore agrees with.

“I think we’re really good,” Tore says. “We’re very versatile, me and Patrik communicate very well and we don’t really have any egos or mindset issues. We’re pretty open and we have a really good combo and duo together. I’d definitely agree with that.”

Patrik, on the other hand, reckons there’s more they have to work on before they can claim that title.

“I’m not too sure, I think in EU you usually have G2 and Fnatic bot lane and those are the top two by far and then you have everyone else,” he concedes. “So, maybe we’re better than everyone else but I don’t think our synergy is that good yet – we’re getting much better though.”

Despite beating Schalke for the second time this split and pulling off some impressive plays on Xayah, Patrik was visibly frustrated after the game and explained some of the adjustments he believes his team needs to make. 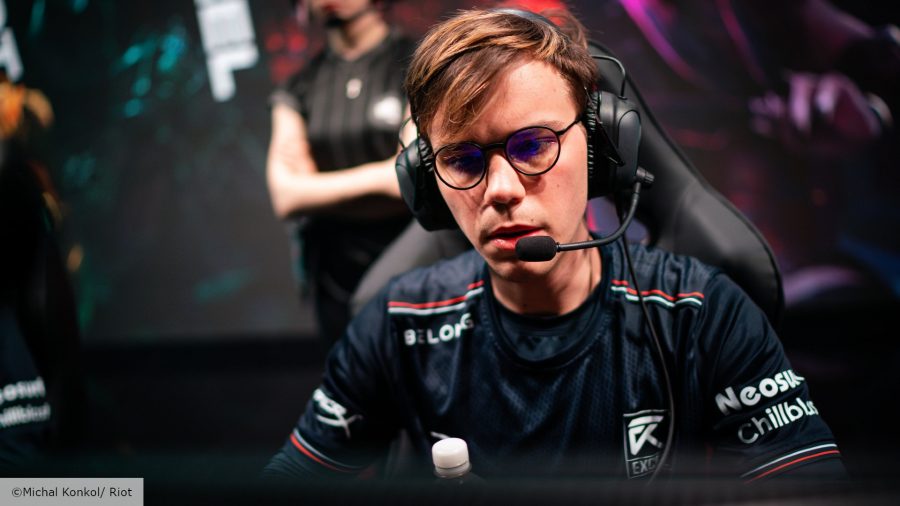 He says: “I definitely felt like if I don’t do anything in the game, no one would do anything in the game. That’s definitely how it was for me, I don’t think that’s how it should be. I’m just afraid that the guys were maybe scared to do something more than anything I feel like since Schalke aren’t doing so well we were like a little bit stressed we maybe lose – that just feels awkward if you lose to a team that’s like 2-8 or 2-7.”

Indeed, despite getting much better results than last year, Excel, who is currently seventh in the LEC standings, needs to execute some cleaner performances if it wants to carry on giving the fans something to cheer about.

But there is no need to panic, with eight more games left to play and the glimpses of consistency we’re starting to see with the rest of the team, no one should write off this roster just yet.