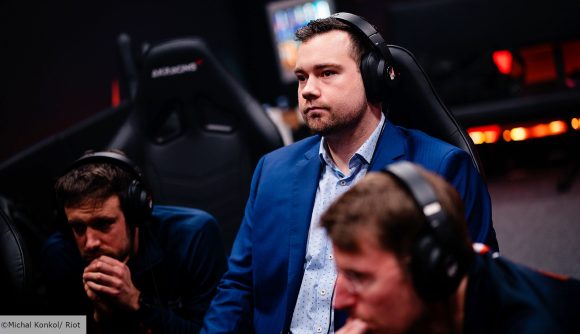 It has been a difficult 2020 for Excel Esports. In the LEC, the team failed to make playoffs for the second year running, though only narrowly missing out in both Spring and Summer this season.

Elsewhere in the NLC – a second tier league comprising British, Irish, and Nordic teams – BT Excel has faced its own difficulties, failing to qualify for the EU Masters Summer tournament after falling to Riddle Esports in the playoffs.

Coming into the 2021 LEC and NLC seasons, then, Excel is seemingly looking to turn the tide, with the British organisation making several personnel changes across both squads. With player acquisitions led by Joey ‘Youngbuck’ Steltenpool – the main team’s head coach – Excel’s LEC squad has picked up former Fnatic Rising jungler Daniel ‘Dan’ Hockley to replace the now-retired Marc ‘Caedrel’ Lamont, as well as AGO Rogue midlaner Paweł ‘Czekolad’ Szczepanik following the release of Joran ‘Special’ Scheffer.

Meanwhile, a slightly more dramatic shakeup has occurred within the BT Excel squad, with former MAD Lions toplaner Andrei ‘Orome’ Popa returning to League’s second tier after a difficult end to the year at Worlds. In the jungle, we see Mark ‘Markoon’ van Woensel make the move from the Spanish SuperLiga Orange’s G2 Arctic. The final new face in the team is Henk ‘Advienne’ Reijenga, former support for German Prime League side Berlin International Gaming.

With these new additions, here is how the Excel Esports and BT Excel rosters have shaped up heading into the 2021 LEC and NLC seasons.

If you want to find out more about all the latest LEC rumours and roster changes, then head over to our 2021 League of Legends LEC guide.