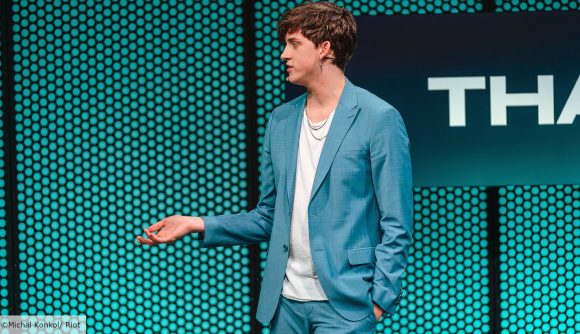 League of Legends caster Christy ‘Ender’ Frierson has announced that he will not be on the broadcast team for the LEC Summer Split and will be heading back to North America later this year.

Ender has been a staple of European LoL broadcasts for more than three seasons, and while the LEC team is chock full of talented hosts, analysts, and casters, the American will be sorely missed by the viewers. Ender says in a video that it was “not an easy decision to make” and has been considering stepping away from the LEC for “nearly a year”.

While he reassures fans he will not be turning his back on League of Legends, he says that his decision to move back to Los Angeles is driven by wanting to improve his own personal content, work with the LCS, and also expand into Valorant. He acknowledges getting on the European Valorant Champions Tour broadcasts is a tough gig, with the region’s broadcast team already well established, and wants to try and branch into Riot’s tactical shooter over in NA.

Ender says that while he will not be a regular fixture on LEC broadcasts anymore, he has left on good terms and is negotiating with the league about continuing to do occasional bits of content in the future.

He also says he will likely have one last cast in the LEC’s Berlin studio for next month’s Mid-Season Invitational, but clarifies that he is not confirmed to be on the talent lineup just yet.

2021 has already seen another well-known face of the LEC broadcast team, Indiana ‘Froskurinn’ Black, leave for new opportunities. Froskurinn has gone on to be a regular face on G4TV’s programming and also made a few casting appearances throughout the Chinese LPL Spring Split Playoffs.