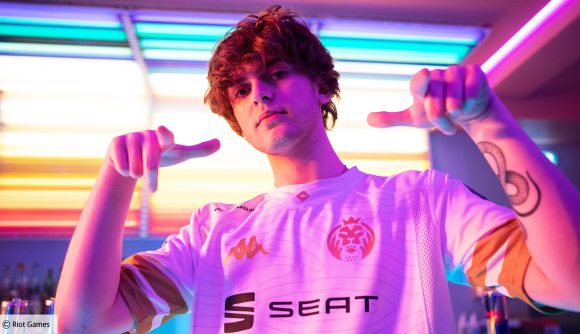 The 2021 LEC Summer Split standings are currently looking remarkably different from those in Spring. Although Rogue is currently recreating its exceptional regular season form, G2 Esports has fallen down the ladder. Meanwhile, reigning LEC champion MAD Lions is still trying to find its feet.

Perhaps the player who best epitomises MAD’s current form is Matyáš ‘Carzzy’ Orság, who has had some mixed performances so far this split. However, this past weekend the player proved to his critics why he’s one of the best botlaners in the LEC. MAD began the weekend by easily dispatching an in-form Misfits Gaming, with Carzzy delivering a perfect 12-0-8 game on Kalista.

Furthermore, despite the defeat at the hands of Rogue, the pairing of Carzzy and Norman ‘Kaiser’ Kaiser showcased some some real synergy and skill. A highlight was when Kaiser flash-headbutted Adrian ‘Trymbi’ Trybus towards their tower, and Carzzy blocked his attempt to escape with an Arcane Shift.

When asked what had prompted his uptick in form, Carzzy feels the biggest contributing factor is the gradual release of himself and his MAD Lions teammates from quarantine after a member of the organisation tested positive for COVID-19 last month.

“We’re playing from the office now so it’s a lot more comfortable for me to play, because I find it hard to focus when I’m playing matches from home,” he says. “Kaiser and Javier ‘Elyoya’ Batalla are still quarantined so it’s still not optimal, but it’s getting better and they’re going to be here soon.”

The other factor which some have suggested has caused a dip in consistency for the botlaner is the dreaded post-Mid-Season Invitational burnout. However, Carzzy says that the organisation has taken every precaution to avoid it, and has managed the team well.

“No one is burnt out in my opinion,” he says. “And the schedule isn’t as busy as MSI where you play every single day, so it’s a lot easier to not get burned out.”

MSI ruined us all

Following MAD’s semi-finals exit to DWG KIA at MSI, Carzzy stated his resolve to improve on Twitter. Although the player has had his highs and lows throughout the Summer Split so far, he is as determined as ever to make good on that pledge.

Currently, Carzzy’s training plan is simple: “Try not to tilt in soloq, focus a lot more in scrims, and do my best to make use of what I’ve learned.” For Carzzy, it seems, there are no shortcuts to success – maintaining a good mental and applying oneself fully to every facet of the game is the recipe for improvement.

With the full MAD roster reassembling imminently, and the 2021 LEC Summer Playoffs looming, we may soon be in for the team’s best performances this split. With ties against the surging Excel Esports and the mercurial Schalke 04 coming up this week, the lions will have to be on all paws to take down their opponents.