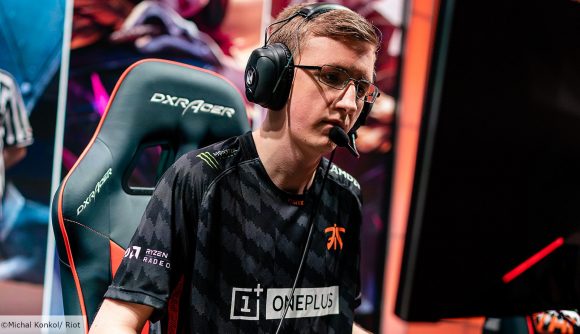 Astralis has announced that midlaner Erlend ‘Nukeduck’ Holm will be stepping back from its League of Legends roster for “personal reasons.” The Norweigan, who is Astralis’ only remaining player from the 2020 season when it competed as Origen, is taking a break for an unspecified amount of time, with Astralis saying it is “uncertain” when Nukeduck will return to the starting lineup.

Alongside the Nukeduck announcement, Astralis has also revealed who will be replacing him. Fnatic Rising player and League of Legends ranked monster Felix ‘MagiFelix’ Boström will now join the Danish organisation on a short-term contract, which expires on March 31st. The 20-year-old Swede hit the headlines last year for hitting Challenger in ranked LoL on five different accounts, playing all five of the game’s roles.

While he joins from Fnatic’s second team, this is not MagiFelix’s first taste of LEC action. In Week 5 of the 2019 Summer Split, he made a sole appearance for Fnatic’s main roster, subbing in for Martin ‘Rekkles’ Hansen against Rogue.

MagiFelix has also played at the highest level in Turkey, spending the second half of 2018 playing for TCL team YouthCrew Esports.

As @Nukeduck will be taking a break for personal reasons, we would like to welcome Felix to the roster.https://t.co/Nr6bQzdeGd#AstralisFamily | #ASTWIN pic.twitter.com/eG5Mu40mvS

With Nukeduck’s break beginning immediately, MagiFelix will be thrown straight into LEC action this weekend’s games against Schalke and Misfits.