European League of Legends has seen a number of squads come in and disrupt the region’s natural order over the years – visions of 2015 Origen and 2016 G2 both spring to mind. More recently, however, things have settled into a predictable pattern, with the eternal power struggle between G2 and Fnatic dominating the narrative. But in 2020, a rookie-filled collective of MAD Lions broke away from the Spanish SuperLiga pride and stormed the LEC with its aggressive playstyle – something which head coach James ‘Mac’ MacCormack has strove to cultivate.

The team reached the LEC playoffs in its very first split, beating reigning champions G2 in a best-of-five, and raising questions as to whether or not it could win the whole thing. Although MAD failed to recreate the feat during the semi-finals, it had already established itself as a force to be reckoned with; a bolt of lightning on a clear spring day. In the 2020 Summer Split playoffs, MAD took fourth place after losing to Rogue. While the team once again failed to make it to the finals, it did manage to secure an all-important Worlds play-in spot.

Unfortunately, Worlds 2020 ended in bitter disappointment. The team’s light began to dim towards the end of the Summer Split, as the shifting meta left Zhiqiang ‘Shad0w’ Zhao’s fearsome Lee Sin out of favour. On the Worlds stage this was compounded by Andrei ‘Orome’ Popa’s own struggles in the top lane. The team was written off and, as such, crashed out of the play-ins.

Eager to ensure MAD’s electrifying first season wasn’t just a flash in the pan, the offseason saw the team completely switch up its top side. Javier ‘Elyoya’ Batalla from Movistar Riders and İrfan ‘Armut’ Tükek, the toplaner who helped SuperMassive knock MAD out of Worlds, were drafted in. Now, with a couple of weeks on Europe’s biggest stage under his belt, Armut is the image of confidence. “I’m ready for the LEC,” he tells The Loadout. “No problem.”

The LEC currently sees MAD’s next opponent, Rogue, perched at the top of the table. This is a team which, despite roster changes this year, has continuously developed its consistency since joining the league in 2019, to the point where it went 13-5 during the 2020 Summer regular Split. For MAD, however, that consistency is still very much in the works, with the team producing a mixed set of results so far.

“Everything seems good,” Armut says, “but some games we just play badly, like the game against SK Gaming for example. We were expecting to beat them, so I felt a bit demotivated after that game. But today [against Vitality] we were good. So I don’t understand how one game we are good, and one game we are bad.”

Though clearly disappointed by the slow start, Armut has quickly found himself at home with his new team. “We all agreed that I’m the captain in MAD Lions,” he proudly boasts. “Even in our first scrims a couple months ago I was just feeling so comfortable with the team. We are all really good friends right now, and the coaching staff are pretty amazing.” 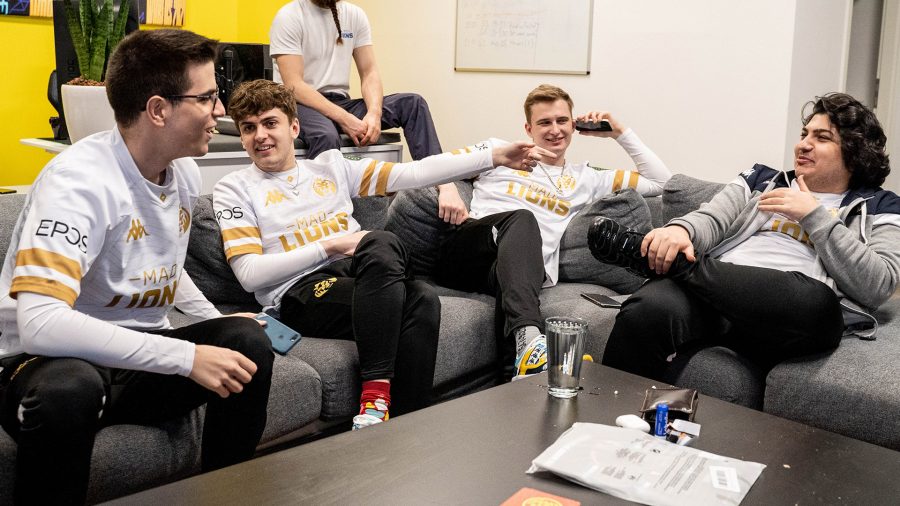 MAD is known for a style of play that is anything but static, exuding an aggression and dynamism that Armut believes suits his own playstyle down to the ground. “Sometimes I’m shotcalling. Sometimes I’m strong side. Sometimes I’m weak side,” he says. “I think I can do pretty much everything, so the role they give me doesn’t matter – I will just do my best to fulfill them.”

My goal this year is to go to Worlds with MAD

Although the toplaner has a great deal of faith in the abilities possessed by himself and his team, he knows that the road to Worlds this year will be much more difficult than it was with SuperMassive. With that said, the newest lion in the pride shares that same voracious hunger for success as the rest of his team. “It means we are successful,” Armut says. “It means we are doing something right. I would be really happy to go – my goal this year is to go with MAD.”

Armut’s arrival from Turkey, alongside SK Gaming’s Ersin ‘Blue’ Gören, represents a fresh influx of Turkish nationals into the league this season. This is further bolstered by the return of Sergen ‘Broken Blade’ Çelik and Yasin ‘Nisqy’ Dinçer to Schalke 04 and Fnatic respectively from NA.

But before the next showdown, Armut has to crunch some numbers. The meta is ever changing in League of Legends, and with LoL patch 11.3, teams are having to adapt week in, week out. The patch has “hurt toplaners a lot” but he’s looking to items like Stridebreaker and champions like Sett to settle the post-Goredrinker Rift.