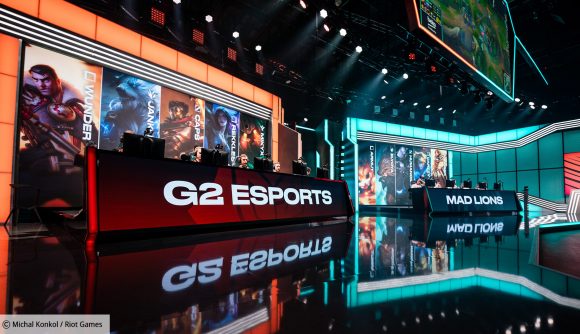 This week’s League of Legends action from the LEC Spring Split Playoffs left our initial predictions in tatters. Fnatic was completely outclassed by a Schalke 04 side which had shown a real consistency throughout the playoffs – something Fnatic has struggled to develop this split.

Fnatic’s drafting in game one featured a couple of throwbacks to earlier in the season, with Oskar ‘Selfmade’ Boderek piloting the Olaf – which had been hit hard by the Goredrinker nerf on patch 11.3 – and Gabriël ‘Bwipo’ Rau on the Lulu, which itself had not been picked since the very first week of LEC play. This wasn’t the only surprise pick we saw throughout the series, with Selfmade subsequently picking Lee Sin in game two. The Blind Monk has, according to Games of Legends, only seen play 47 times across all leagues this season.

Defeats in both games saw Fnatic finally return to a more standard draft in game three – but this wasn’t good enough to best Schalke. The bot lane powerhouse of Elias ‘Upset’ Lipp and Zdravets ‘Hylissang’ Galabov failed to really get going, with Matúš ‘Neon’ Jakubčík and Dino ‘LIMIT’ Tot outperforming the duo throughout the series. For us, LIMIT, alongside eventual player of the series Sergen ‘Broken Blade’ Çelik, were both standout performers in this 3-0 series.

The weekend’s second match – and perhaps the most exciting of the split – saw MAD Lions take on reigning champions G2 Esports. Games one and two saw G2 switch up its style for the first time this split, with Martin ‘Rekkles’ Larsson picking up the Karma, and Rasmus ‘Caps’ Winther playing marksmen Tristana and Lucian in the mid lane. However, MAD’s bot lane in Matyáš ‘Carzzy’ Orság and Norman ‘Kaiser’ Kaiser were both in tremendous form, and needed to be to match Caps.

Only 3 teams left in the race for the #LEC Trophy:

We take a look back at all the action from Round 2 of Playoffs in our @Beko Recall! pic.twitter.com/8MBBCZlgiJ

With MAD taking both games, G2 put Rekkles back on marksmen, and Caps back on mages – a staple in its drafting throughout the regular split. İrfan ‘Armut’ Tükekhad been putting out strong performances on the Gnar so far in the series, so Akali – which we have also seen picked as a counter to the Missing Link in the LCK – saw its 2021 LEC debut in the hands of Martin ‘Wunder’ Hansen. G2 dominated the game, leading us to believe Silver Scrapes may well be on the cards. However, MAD returned the courtesy in the final game, closing out the tie 3-1, booking the team a spot in the finals for the first time in LEC history.

The final match of the weekend saw a surging Schalke take on Rogue. Although many believed this king-slaying squad had the chops to go all the way and earn a rematch against G2, it unfortunately couldn’t replicate its victory against Fnatic.

Rogue had clearly come into the series prepared and rejuvenated after its defeat to MAD Lions, dominating game one. However, Schalke proved why it had gotten so far in the gauntlet with a spirited victory in game two. Game three saw Steven ‘Hans sama’ Liv pop off on his patented Kalista pick, solo killing Neon twice in quick succession as Rogue went on to take the series to match point. A huge four-player Rell engage from Adrian ‘Trymbi’ Trybus at the fight for the dragon soul in game four decimated Schalke’s ranks, paving the way for a Rogue victory.

Next week’s semi-final match will see G2 and Rogue face off in a series many thought would be the playoffs’ final. However, the only glory to be gained here is a second shot at defeating a MAD Lions roster which has taken the high road to the final.