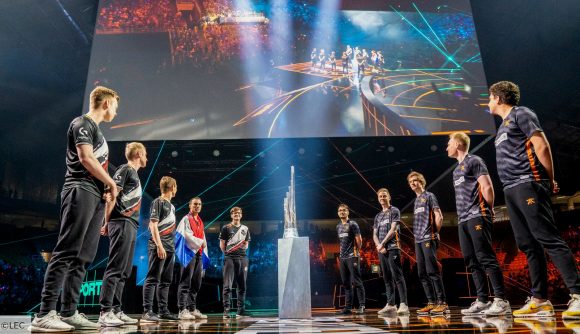 With the League of Legends European Championship ready to spark into life again this weekend, the league has announced that there will be some changes to its format for the 2020 season.

The regular season of each split will remain the same as it did in 2019, with all the teams playing each other twice and the top six moving on to the playoffs. The three major changes that have been made, however, are the structure of the playoffs themselves, the way Championship Points are distributed and how teams qualify for the World Championships.

Firstly, the changes to the playoffs ensure that both the teams who reach the final will have played at least two best-of-five matches each. In the Spring Split, the top four seeds from the regular season head to the winners bracket, while fifth and sixth begin in the losers bracket. In the winners bracket, the top seeded team can choose whether they want to face the third or fourth seed in its opening fixture. The second seed then gets whichever team the first seed didn’t want.

Then ensues a slightly complicated bracket system, but the LEC’s helpful breakdown video, which you can find below, sets it out pretty well.

This is because a team’s overall points total from the two splits will determine the seeding for the summer playoffs, thus deciding how difficult it will be for teams to make it through the playoffs and finish in the top three to get a shot at Worlds.

This also makes the Regional Qualifier redundant and has been removed from the 2020 season.

These changes aim to give some importance and effect to the Spring Split, while making sure that it is the strongest teams in the summer that will have the opportunity to qualify for Worlds.

Having the top seed choose which of the third and fourth seed teams it wants to face will also add in an exciting new tactical advantage to being the top dog in the regular season.

The LEC launches this Friday on January 22 when G2 Esports will face MAD Lions in the opening fixture.