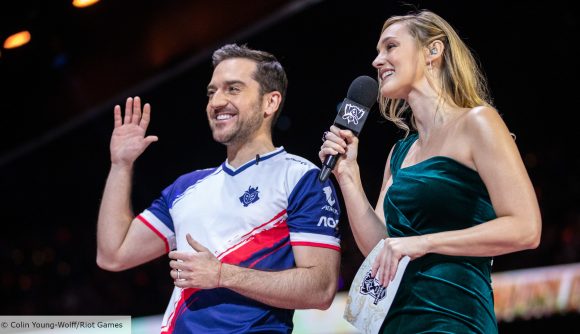 The CEO of G2 Esports Carlos ‘Ocelote’ Rodriguez has questioned this year’s format for the League of Legends European Championship as his team enters the crucial Summer Split Playoffs to try and qualify for Worlds 2020.

For the 2020 LEC season, a revamped format was introduced that meant the only way teams could qualify for Worlds was through the Summer Split Playoffs. The top six teams from the Summer regular season would make the Playoffs and be seeded according to their Championship Points, which are awarded depending on a team’s placement in Spring and Summer.

However, Ocelote vented his frustrations with the new format as it awards fewer points in the Spring Split as it does for the Summer. This means that Rogue, who finished as the top team in the Summer regular season but fifth in the Spring, racked up the most Championship Points and were first seed for the Playoffs, guaranteeing a spot at Worlds. Meanwhile G2, who was Spring Split champion and third place in the Summer, will go in as second seed, despite technically performing better than Rogue throughout the course of the entire season.

In a later reply (translated from Spanish), he also says: “It makes no fucking sense that we win Spring and it is worth absolutely nothing.”

A couple of G2’s players also weigh in on the subject, with top laner Martin ‘Wunder’ Hansen also expressing his frustration that Rogue’s achievements outweigh G2’s because of how Championship Points are dished out. Jungler Marcin ‘Jankos’ Jankowski also echoed this in a tweet of his own.

While all format changes are voted on and approved by the teams in the league, it seems as if G2 didn’t get its way on this occasion. Either that or the team was so confident of another dominant, unchallenged year in European LoL that it just voted it in anyways.

The team’s frustrations are understandable, however. Across the course of 2020, G2’s regular season record (Spring and Summer Splits combined) is 26-10, compared to Rogue’s 22-14. G2 also won its Spring Championship Points after a Playoff run as well, while Rogue were awarded more for just coming top in a regular season.

The head to head record between the two this year also goes in its favour, with Rogue losing all four times it has faced G2 in 2020.