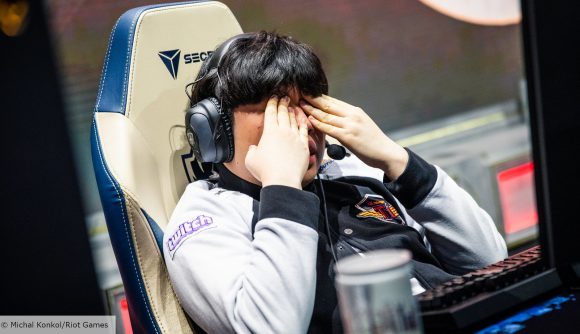 If your dreams of getting perfect pick’ems for the League of Legends World Championship have been dashed by G2’s recent win, then don’t worry – over 17,000 people picked the wrong teams altogether.

To put that into perspective, the people who got their pick’ems completely wrong constitute for about 0.35% of the League playerbase according to Reddit, so it’s not too bad. The news should make you feel a bit better though if you were one of the 34 heading into the semifinals with a chance to show off your esports prowess.

But, after G2 defeated SKT 3-1 on Sunday (November 3), in a match which Wunder called the “real final”, it wiped out a lot of SKT supporters, meaning only three people in the entire world have a chance of acing this year’s challenge.

LoL Esports Stats has revealed that two players have backed G2 Esports to go all the way in the final, while one FunPlus Phoenix fan believes the Chinese team will lift the Summoner’s Cup this weekend.

We WILL have a perfect pick’em!#Worlds2019

That means at least one person will win all the ultimate skins in League of Legends, as well as the associated champions, for free. It seems you can’t put a price on knowledge after all.