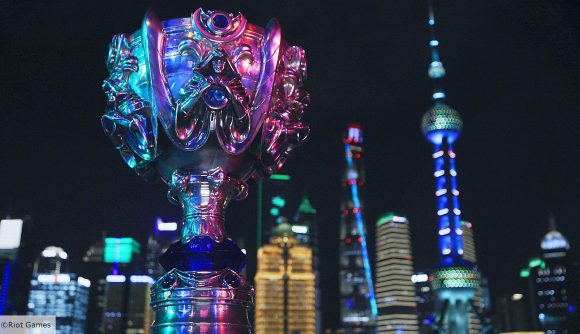 Reaching the final of the League of Legends World Championship is always a prestigious achievement. But getting to this year’s final comes with an added bonus. It will be the first major esports match to feature a live audience since almost the entire planet went into lockdown due to the coronavirus pandemic.

Shanghai’s Pudong Football Stadium is the venue and millions of Chinese fans have applied for the very limited amount of free tickets to the final. Only 6,312 tickets are available, yet over three million applied to try their chances in a random draw to get one. The desperation to be inside the Pudong Stadium on October 31 is very real.

While measures such as providing full identification and facial recognition scanners at the venue have been put in place to stop ticket touting and reselling, Chinese state-owned media is already reporting that tickets are going up for illegal resale at extortionate prices. English-speaking publication Sixth Tone tweeted yesterday that authorities in Shanghai were already investigating cases of ticket touting for the Worlds final, and that tickets for the LoL Worlds final were being valued in the thousands of dollars.

Sixth Tone has confirmed to The Loadout that the lucky winners of the draw were informed on October 16, and that the valuation of the tickets were based off of actual listings discovered online. The highest was 30,000 yuan, which works out at $4,462 with current exchange rates.

With ticket applicants having to provide extensive identification and personal details, plus the use of facial recognition at the stadium, it’s unclear how touts expect the buyers of their tickets to gain entry into the final.

We finished ticket sign up at midnight China time.

These kinds of massively inflated resale prices are unfortunately all too common for live events in music, theatre, and comedy, so to now see them attached to tickets for LoL Worlds shows just how much of a demand there is to see some live esports action after so long without it.

There is also added incentive for Chinese fans, as one of the nation’s home teams is guaranteed a spot in the final. LPL teams Suning and Top Esports clash in the second semi-final on October 25. The winner will face either DAMWON Gaming or G2 in the final.