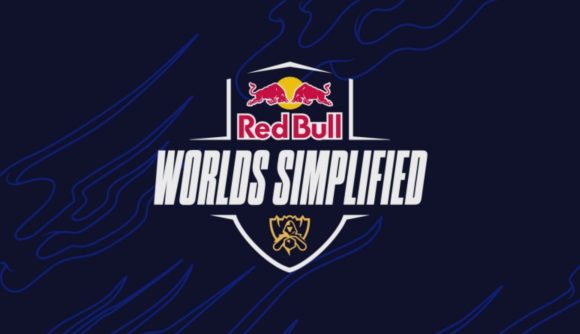 Have you ever watched a League of Legends stream and had absolutely no idea who is winning and what a good play looks like? The LoL Worlds semi-finals drew in well over 2.7 million peak viewers, but it can still be a tough esport to make accessible for those who have never watched or played the game before.

So if you’ve ever expressed a passing interest in competitive League of Legends, but it always seemed to daunting, there is an upcoming stream just for you. Red Bull Worlds Simplified aims to break down the terminology and break down the action happening on screen so you’re not bamboozled by ‘ganks’, ‘Wombo Combos’, and other crazy phrases.

The stream will be presented by Frankie Ward and Tom Deacon, who are both very experienced hosts in various esports scenes. It will also feature pro player Marc ‘Caedrel’ Lamont, Ciernan ‘Excoundrel’ Lowe, Joseph ‘Munchables’ Fenny, and Luciana ‘AngelArcher’ Nadrag. The entire team will be working to bring you up to speed with League of Legends and will be on air at the same time as the Worlds final.

The aim for the Red Bull stream is to ensure that the commentary and analysis for the clash between DAMWON Gaming and Suning are presented in a way that makes it easier for players to understand, and possibly create new fans.

It’s therefore being positioned as a complementary stream to the main event on Riot’s own channels. Red Bull is also offering a watching guide of its own for those that want to get up to speed in advance and includes some very helpful jargon busting definitions.

You can get up to speed on how to watch League of Legends esports with Red Bull Worlds Simplified on October 31, starting at 09:00 GMT / 05:00 EDT / 02:00 PDT and covering the LoL Worlds grand final games. If MrBeast says LoL is “the best game ever created”, then surely the LoL Worlds grand-final should be an absolute slobber-knocker.