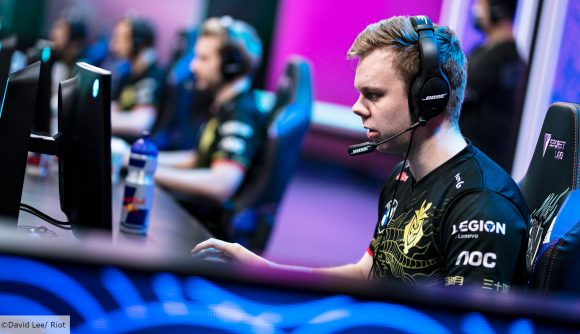 Man, those LoL Worlds quarter-finals were crazy, weren’t they? From all-out dominance to dramatic reverse sweeps, all four series were intense and full of crazy plays from the world’s best League of Legends players.

DAMWON Gaming, Suning, Top Esports, and G2 all triumphed in the quarter-finals and are just one best-of-five away from the final. But can some of the stats from last weekend’s games give as an inkling as to what we can expect in the semis? Which players were smurfing, which champions were banned to oblivion, and which teams were dishing up the most kills on the Rift? Well, we’ve dived into the numbers to bring you some of the standout statistics to paint you a picture of what the semi-finals could look like.

We’re not brave enough to make predictions – our Pick’ems are certainly far from perfect – but with all this info laid out for you, maybe it could influence yours.

Let’s start with champions, shall we? As we reported before the knockout stage kicked off, Lucian was the most banned champion at Worlds halfway through the group stage. And guess what, he was the most banned champion in the quarter-finals too. 15 games were played in the quarters, and Lucian was banned for 13 of them. Close behind was Syndra with 11 bans, Camille with nine, and Ornn and Twisted Fate with eight bans each.

Despite the meta being well-established by now, a surprisingly high 42 unique champions were banned throughout the quarter-finals. Note that the table below shows just quarter-final bans, not the whole competition.

In terms of the matches we saw throughout the quarters, there was a pretty diverse spread of nail-biting epics, bread-and-butter half hour battles, and quick, ruthless victories.

Game one of the Suning vs JD Gaming series was the longest quarter-final match, finishing after 38 minutes and 37 seconds. The shortest was Top Esports’ historical game five against Fnatic, which completed the first ever reverse sweep in a Worlds knockout series. That game took just 25 minutes and 22 seconds.

But which team was the most ruthless slayer on the Rift? Well, that accolade goes to G2. The LEC top seeds swept Gen.G in convincing fashion, with game two being a particularly bloody affair. 28 kills were racked up by G2, with midlaner Rasmus ‘Caps’ Winther picking up 11 of those as Sylas.

That was the highest amount of kills for an individual player in a single game in the quarters.

Looking at average KDAs across each series, Caps posted an impressive 14.0. However, the Dane is trumped by DAMWON duo Heo ‘ShowMaker’ Su and Kim ‘Canyon’ Geon-bu, mainly thanks to the pair’s lack of deaths and high kill participation in their 3-0 series against DRX. 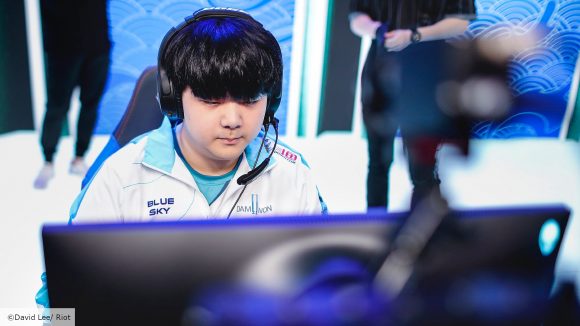 Midlaner ShowMaker had a very impressive average KDA of 25.0, but this was overshadowed by jungler Canyon who boasted an average of 30.0.

So as the semi-finals edge closer and the timer for the Pick’ems lock ticks down, take into consideration some of these stats – all of which were sourced from Gamepedia and GoL.gg if you fancy looking at some more.

Will individual slayers like Caps be able to touch those high KDA players on DAMWON? Will Top Esports be riding a wave of confidence against Suning after making history in style with a 25 minute victory? Time will tell, we suppose.