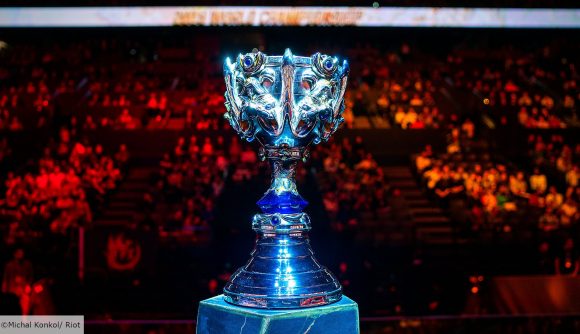 As if the play-in stage of League of Legends Worlds was tough enough, you get drawn in a group with teams such as LGD Gaming and Unicorns of Lover. And as if that still wasn’t tough enough, you have to play using three substitutes from completely different teams.

Well, that is the unfortunate situation that PSG Talon currently finds itself in. The PCS team has announced that with Riot Games’ permission it is bringing in three substitutes from other organisations to cover for players who will be stuck quarantining during the play-ins.

In the announcement post, PSG Talon says that its South Korean duo of jungler Kim ‘River’ Dong-woo and midlaner Park ‘Tank’ Dan-won will miss all of the play-in stage because of cornoavirus quarantine rules, and that Vietnamese AD carry Wong ‘Unified’ Chun Kit will also miss “a portion” of the play-ins. As a result, it has turned for help from some of its rival teams in the PCS.

To cover River and Tank, ahq e-Sports Club has loaned jungler Hsiao ‘Kongyue’ Jen-Tso and midlaner Chen ‘Uniboy’ Chang-Chu to PSG Talon for the play-in stage. “Due to travel restrictions and visa requirements for entering China, there has been an impact to our starting line-up,” says PSG Talon’s statement, before outlining the changes to its roster.

“These substitutes will only be used for the play-in stage,” it continues, “and if we qualify for the group stages Tank and River will be reinstated to the starting line-up.”

Official Club Statement regarding #Worlds2020 roster. Thank you for all the support 🙇‍♂️🙇🙇‍♀️#PCSWIN #PCSLOL pic.twitter.com/FdNIVqMy4s

While this is a far from ideal build up to a Worlds tournament for PSG Talon, it will be thankful to be there at all considering some of the travel and quarantine issues teams have faced so far.

This year’s Worlds has already shrunk from 24 to 22 teams after Vietnamese teams had to pull out of the competition, and LCL representative Unicorns of Love said it may not have made it to Shanghai if it wasn’t for Riot’s efforts to make “the impossible possible.”