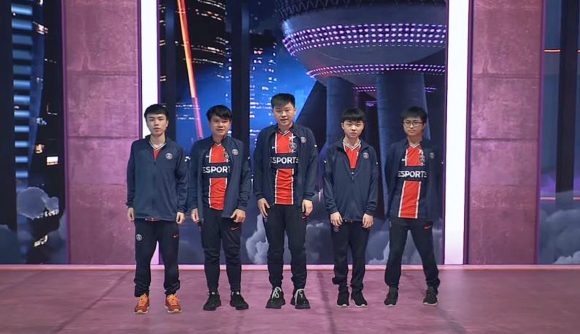 League of Legends Worlds 2020 is just a few games in and already fans have been treated to a shock upset and incredible storyline.

As was reported before the tournament began, PSG Talon has been forced to replace three members of its starting lineup for the play-ins as complications with travel meant the players would still be quarantining. The substitutes that will be representing PSG Talon were loaned from other teams from the South East Asia region. They haven’t trained with the team at all since arriving in Shanghai – and one of the players has not played competitively for a year.

AD carry Dee, who has not played competitive LoL for around 12 months and has been a coach for most of that time, was one of the standout performers against LGD. With storylines like this cropping up at Worlds already, who knows what else is in store further down the line.

This victory makes it a 2-0 start to the play-ins for PSG Talon after taking down LLA team Rainbow7 in its first match.

While the substitute’s performances would normally see them rewarded with a show of faith by keeping them on the team, they will all be replaced by PSG Talon’s original starting players once they are free from quarantine.