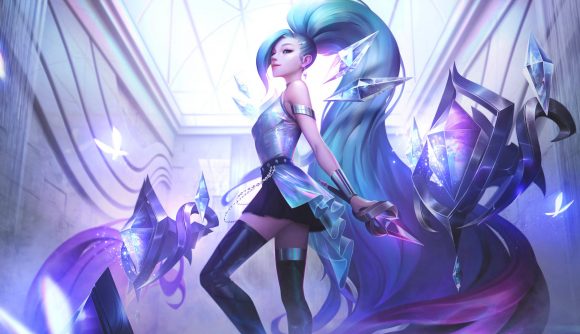 We are now but three weeks away from the biggest event in the League of Legends calendar, LoL Worlds. The time between the ending of the domestic split and the beginning of Worlds season is a crucial time for teams, as they work to get on top of any potentially meta-altering balance changes that Riot Games might implement. This year, Riot is aiming to diversify the viable pool of champions in pro play more than ever before, and heading into the second part of its Worlds patch, LoL patch 11.19, 15 more champions will be receiving buffs.

Although Jag’s post doesn’t offer an indication as to what these changes will entail, turning to the PBE yields potential answers. Some of the biggest buffs include Aatrox’s passive damage being increased early, Galio’s (W) Shield of Durand now having its cooldown gradually decreased at later ranks, and Seraphine’s (R) Encore cooldown being dropped by 20 seconds at all ranks. But you can check out the full list of provisional changes right here.

Riot may be endeavouring to avoid champion-breaking changes that will be reversed later, but it has already taken a slight stumble with Soraka. The Starchild’s (R) Wish was buffed on patch 11.18 to remove Grievous Wounds before applying its healing, and has since seen a ~3% increase in win rate over the previous patch – now sitting up at 53.6% across all ranks according to U.GG. Jag says that, while the change itself won’t be reverted, Riot will be tweaking her numbers on 11.19.

This one is focused on follow-up for 11.18, a few more pro-targeted changes, and one solo queue focused nerf (Sona). pic.twitter.com/OpVJvRbKrV

On the flipside, the case of Soraka showcases the benefit of a two-part Worlds patch, as it allows Riot to make bigger changes initially, before tweaking them and introducing smaller balance changes in the second half. Either way, we’re excited to see what kind of state the meta will find itself in when LoL Worlds kicks off on October 5.