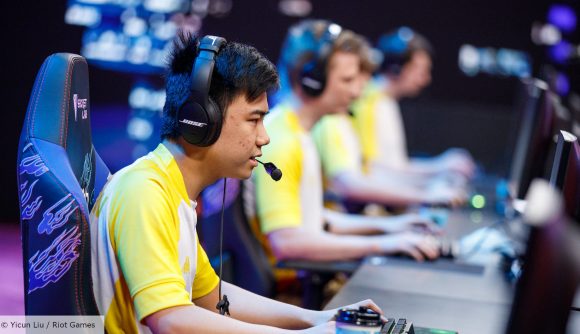 European League of Legends fans can now breathe a sigh of relief after MAD Lions survived its tiebreaker match in the LoL Worlds play-ins stage against INTZ. This means the team, led by James ‘Mac’ MacCormack, still has a chance to qualify for the main event.

The two teams came face to face in the tiebreaker after INTZ took down Team Liquid to extend its LoL Worlds run. However, despite a strong early game, the Brazilians succumbed to a well-organised European team which was able to scramble and secure the Ocean Soul. Although there was a lot of back and forth in the match, analysts believe INTZ rushed some of its engages, leading to an overall loss. This now means this is the third year in a row that INTZ has lost a play-ins tiebreaker.

However, for MAD Lions, a lifeline has appeared. “There’s so many mixed emotions right now that I cannot begin to describe it – there’s frustration,  anger, happiness, and relief,” Andrei ‘Orome’ Popa says in his post-match interview.

So far the European team has struggled to find its form in the tournament, but many will be hoping this latest win will improve the team’s overall confidence.