The 2019 League of Legends World Championships are upon us. A total of 12 teams have already qualified for the main event, which kicks off on October 12. However, there are still four spots left, which is where the Play-In Stage comes in.

The top seeded teams from Southeast Asia, Turkey, the Commonwealth of Independent States (CIS), Japan, Brazil, Latin America, and Oceania don’t get an automatic spot in the main event, so will have to fight for their right to attend. They’re joined by the number two seed from Vietnam, and the number three seeds from North America, Korea, Europe, and the LMS (Taiwan, Hong Kong, and Macau).

The 12 teams will be split into four groups of three, with each group containing a team from Pool 1, Pool 2, and Pool 3. The top two teams from each group will proceed to the knockout stage. First placed teams will play a second placed team from another group, and the winner of each of these four matches will go through to the Worlds 2019 Main Event and compete for their chance at glory.

Pool 1 consists of the third seed teams from each of the top tier regions of Korea, Europe, North America, and the LMS. They won’t be playing each other in the groups, and given the stature of their regions, they’ll be the favourites to make it through the Play-Ins. Since a Chinese team won Worlds last year, they’ve been able to send their top three teams straight to the main event, skipping the Play-In Stage.

Splyce are the European contenders in Pool 1, having lost the LEC Regional Finals against Fnatic. Even though that was a 3-0 loss, don’t count out Splyce just yet. The team won 12 of its 16 games in the regular season, and only G2 were able to take both games off Splyce. Kasper ‘Kobbe’ Kobberup will be a player to watch, as he’s the only member of Splyce who’s been to Worlds before. Plus, Marek ‘Humanoid’ Brázda in the mid lane had an excellent Summer Split, coming second in the vote for Europe’s All-Star team.

Related: Get ready for LoL Worlds with our tournament guide

Clutch Gaming, from North America, was the team that denied Team SoloMid’s place at Worlds this year by coming out on top in both the Summer Playoffs and the Regional Finals. Clutch Gaming has been seen as a middle-of-the-road team since its formation in 2018, winning games but rarely beating the top teams. However, wins against TSM and Counter Logic Gaming recently changed a few minds and so the Clutch Gaming players will be riding that momentum into the play-ins. Heo ‘Huni’ Seung-hoon and Cody ‘Cody Sun’ Sun have both been to Worlds before, so Clutch will be relying on their experience. 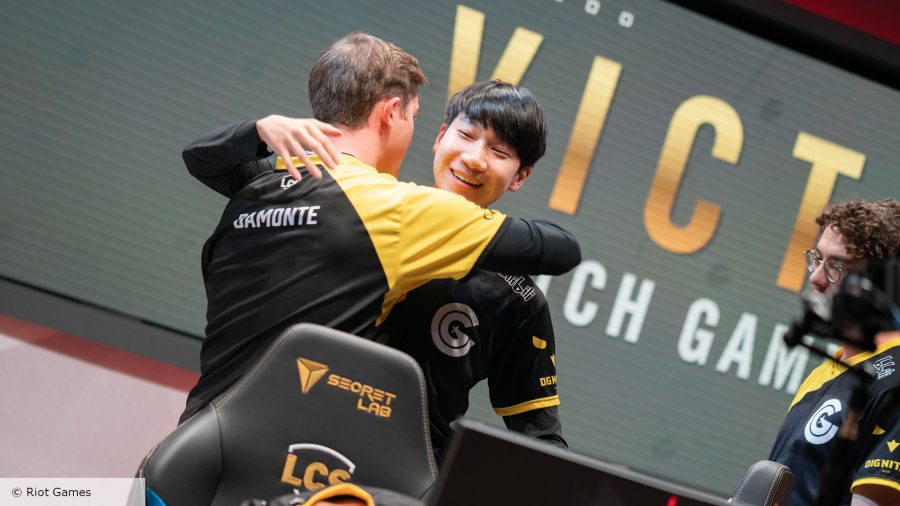 Damwon Gaming is going to Worlds as Korea’s third seed after a narrow victory over King-Zone DragonX in the LCK Regional Finals. It was SK Telecom T1 who dominated the Summer Playoffs, knocking out Damwon in swift fashion. However, Damwon still came second in LCK Summer Groups, only just behind Griffin on game differential, so you know its roster can hang with the best teams around. Damwon is a young and hungry team, perhaps lacking experience on the biggest stage, but you should still look out for mid laner Heo ‘ShowMaker’ Su.

Hong Kong Attitude only just lost out to ahq e-Sports Club in the LMS Summer Playoffs, so had to progress through the Regional Finals instead. The LMS has always sent tricky teams to Worlds, underdogs who can ruin a few of the bigger teams’ plans. Just look at Flash Wolves, who is missing its first World Championship since 2015. As for Hong Kong Attitude, a whole raft of new players were brought in for 2019, and it’s worked out. Support Ling ‘Kaiwing’ Kai Wing has been with the team the longest, so keep an eye on his synergy with the rest of his squad.

The recognisable name here is Unicorns of Love, although the organisation itself is unidentifiable from the one that used to compete in the EU LCS from 2015 to 2018. Unicorns of Love didn’t make it into the LEC, so moved to the LCL in summer 2019 with a brand new roster, eventually winning the Summer Playoffs. 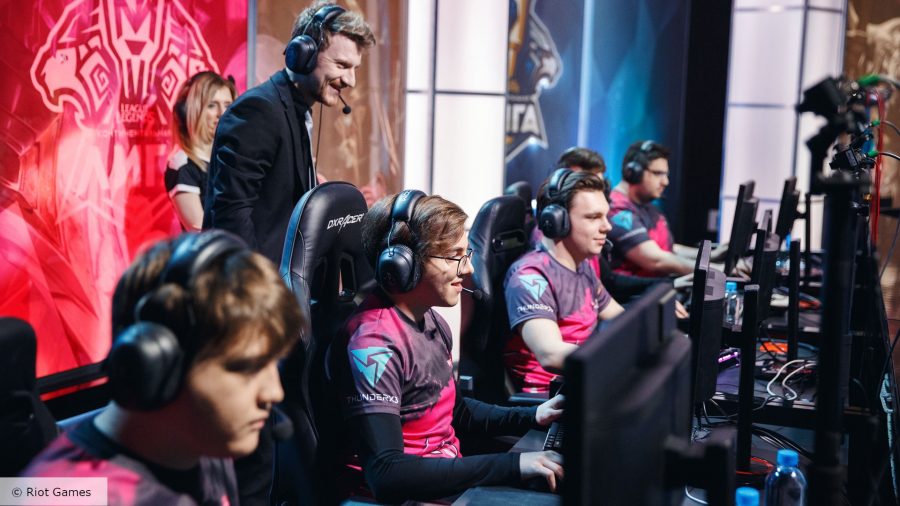 Meanwhile in Turkey, Royal Youth dominated the Summer Season, and only really came up against a tough challenge in a 3-2 win over SuperMassive in the playoff finals.

Vietnam has sent Lowkey Esports as its number two seed after finishing as runners-up to GAM Esports this summer. This is another young squad who’ll be looking to cause a few upsets at Worlds.

Latin America has sent Isarus Gaming to the Play-In Stage. It’s a long-running organisation which has found a decent amount of success. Now though, it’ll try to prove itself internationally again after attending the MSI 2019 Play-In.

The number one seeds from Japan, Brazil, Oceania, and Southeast Asia head into the Play-Ins as part of Pool 3.

Japan has started to step up its esports scene in recent years, and DetonatioN FocusMe will look to give a good showing of the region. The team went to the Play-In Stage last year but couldn’t get past EDG.

Flamengo eSports from Brazil has been very successful since its formation in 2017. Some League of Legends fans might remember Lee ‘Shrimp’ Byeong-hoon from his time with Team Dignitas.

Australian team Mammoth really stepped it up this summer and will be representing Oceania on the back of that. The roster won’t have much experience internationally, but that also means other teams may underestimate them.

Mega is the team representing Southeast Asia. This squad actually managed to take a game off Vega Squadron at the MSI 2019 Play-In, so will feel confident about taking on some of the teams in its group. 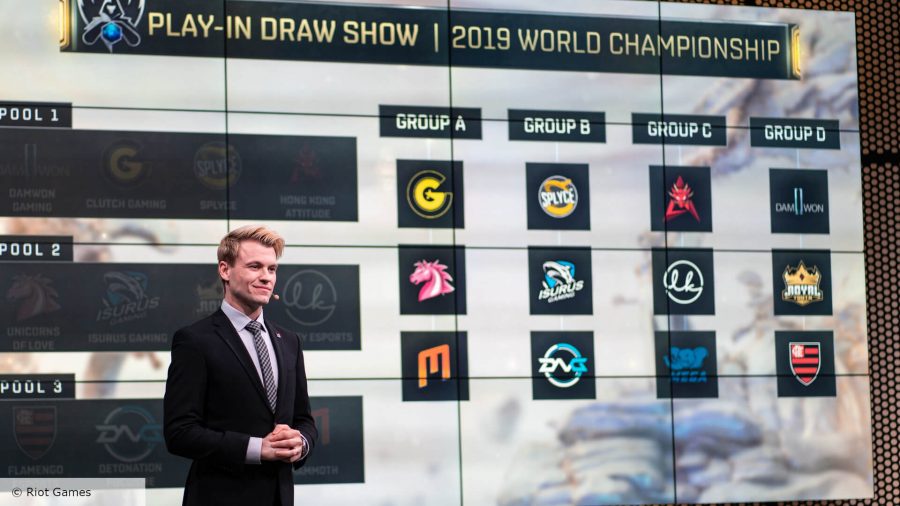 Clutch will be up against the storied Unicorns of Love organisation, and the relative unknowns of Mammoth. Keep the mistakes low and they should make it through with no problems.

Splyce will be favourites here, although the team will need to make sure it gets ahead early, especially against the aggression of Isurus Gaming.

Hong Kong Attitude is seen as the underdogs of the Pool 1 teams, but has been given one of the easier draws available. Watch out for Lowkey Esports, though.

A tricky group for Damwon, coming up against the Brazilians of Flamengo and Royal Youth from Turkey. If it carries forward the form from LCK Summer then Damwon should be totally fine.