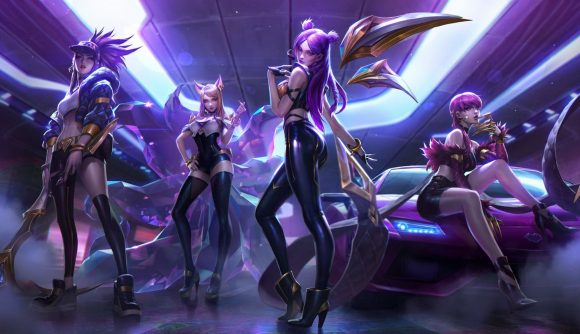 League of Legends band K/DA will reportedly be performing at this year’s World Championships alongside a name that has become well-known in the LoL community recently: Seraphine.

While the prospect of a (likely virtual) K/DA performance in Shanghai is exciting enough, the news that artist Seraphine will feature alongside the girl band ups that excitement just a little more. The musician, who only joined social media this summer but already has over 270,000 followers on Twitter, has been widely speculated as being the next champion after Samira to be added to the League of Legends lineup.

Earlier in September, Seraphine confirmed she would be collaborating with K/DA for a track on the group’s new EP, following their musical return with a single titled The Baddest. It now looks as if that collaboration will debut in Shanghai after Riot Music Group’s Toa Dunn confirmed in a press conference that K/DA and Seraphine will be performing at the Worlds’ finals together.

This could signal the official announcement that Seraphine is more than just a musical force in the League of Legends community and is in fact the game’s next champion.

For K/DA – the girl group that sees artists take on the roles of champions Kai’Sa, Evelynn, Ahri, and Akali – this will mark a second Worlds appearance after performing POP/STARS at the 2018 final in South Korea.