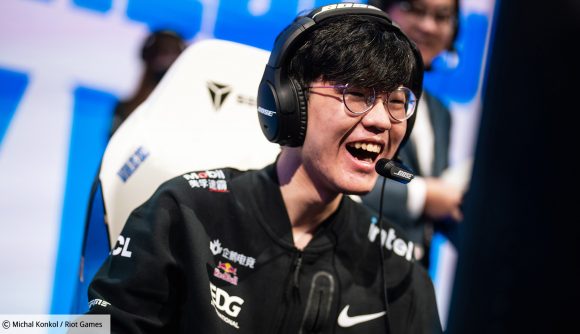 Throughout the League of Legends 2021 World Championship Group Stage, we have seen the next stage of the tournament’s meta evolution. This can be seen in the support role where Amumu – the most-banned support option during the Play-Ins – has fallen to the wayside, while Yuumi has risen to take its place.

Meanwhile in the jungle, picks with strong all-in potential continue to rule the roost. However, a pint-sized challenger has arrived at the Group Stage in the form of Poppy – and with a 75% win rate across four games in the jungle so far, she’s already found plenty of success in disrupting many of the role’s most dominant picks.

So what is it about the hammer-swinging Yordle that has brought her from top lane obscurity to a potentially prevalent jungle pick going into the Knockout Stage? Well, according to EDward Gaming jungler Zhao ‘JieJie’ Li-Jie, Poppy’s strengths lie in what she can do to make life difficult for many of the meta picks that are currently flying through the jungle.

“I really feel that, in the current meta, there are so many flexible junglers who can [quickly] move across the map,” JieJie says. “So with Poppy’s kit, she can very naturally restrain the performance of those champions.”

The efficacy of abilities like (W) Steadfast Presence and (E) Heroic Charge doen’t only apply to jungle staples such as Lee Sin and Talon, but to any champion which likes to dive in. For example, during T1’s victory over EDward Gaming earlier today, Li ‘Flandre’ Xuan-Jun piloted Jayce in the top lane – a pick whose all-in potential from (Q) To the Skies! can be stopped entirely by the Keeper of the Hammer.

Poppy can “also perform very well during team fights,” JieJie notes. Not only can she lock down particularly slippery opponents, but thanks to (R) Keeper’s Verdict, she can knock enemies away from a tussle to ensure her team has a player advantage.

On red side – which is where we’ve seen her picked in all four Group Stage appearances – this is particularly handy when fighting around the dragon pit, as Kim ‘Canyon’ Geon-bu demonstrates in this clip against FunPlus Phoenix. 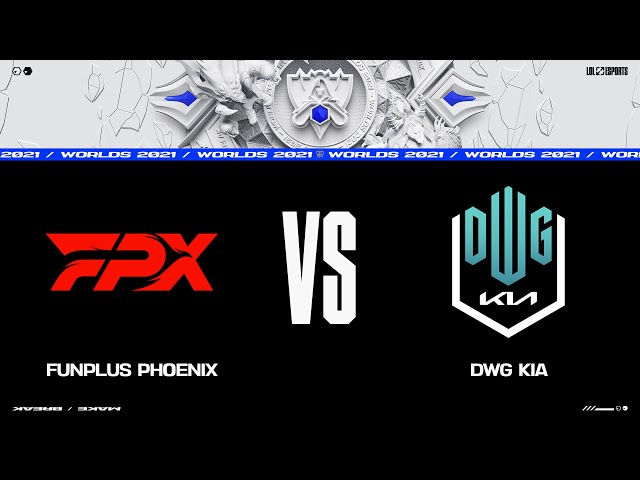 Not only does Poppy knock Irelia away from the fight for half of its duration, but she also prevents the Jhin’s attempt to escape using Galeforce right at the end.

So, will we see more Poppy heading into the Knockout Stage of the competition? JieJie certainly believes so. “I really think that in the next stage we may see more of Poppy,” he says.

With two more days of Group Stage play to go, we’re pretty sure that we won’t have to wait that long to see more of the tiny knight in the jungle. She could even show up in the first of tomorrow’s ties which sees PSG Talon take on Hanwha Life Esports.