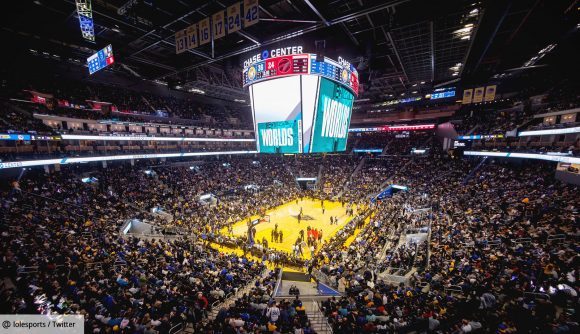 This year’s League of Legends World Championship had its share of Covid-shaped pitfalls leading up to it. Originally set to be held in several major Chinese cities, LoL Worlds 2021 eventually found itself confined to Reykjavik, Iceland. With the hopes that 2022 will see crowds return to live LoL esports events, Riot Games has announced that it is going big in North America for Worlds 2022.

Spanning three countries – Canada, Mexico, and the USA – Worlds 2022 will take participating teams up and down the continent. Kicking off with Play-Ins in Mexico City, Mexico, the tournament will then head up to New York City, USA for the Group Stage and Quarterfinals. From there, it’s a quick stop up in Toronto, Canada for the Semifinals, before moving back down to San Francisco, USA for the Grand Final.

Games in Mexico City will be hosted at the Liga Latinoamerica (LLA) Arena, Madison Square Garden’s Hulu Theater in New York, the Scotiabank Arena in Toronto, and finally the Chase Center in San Francisco – home of the Golden State Warriors basketball team where last night’s announcement was made, as well as the Golden Guardians LCS team.

“The momentum behind League of Legends Esports has only continued to grow since the last time we hosted Worlds in the U.S. in 2016,” says Naz Aletaha, global head of LoL esports. “We’re thrilled to bring the full scale of our global sport back to North America, and, COVID permitting, welcome fans into the stands across three countries and four different cities.”

Here we go @ChaseCenter! We will be back next Fall. Wonder what our @lolesports team can do with this video board???? pic.twitter.com/spE2el1zUl

LoL Worlds 2021 had a record-breaking year in terms of viewership, and with 2022 bringing Worlds home to where the game began, we can imagine it’s going to be a very special year for the esport indeed.