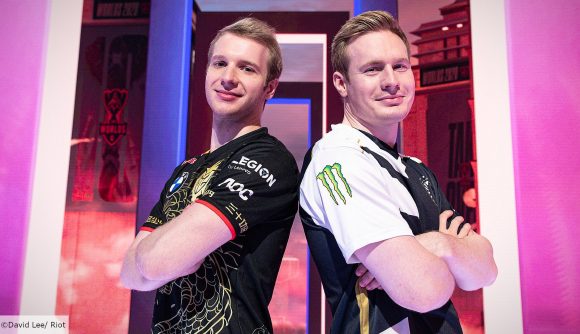 Just 48 hours after being beaten convincingly by Team Liquid, G2 has got its revenge after a dominant win against the LCS side in Group A of Worlds 2020.

The two well-known names in League of Legends esports kicked off the second round of fixtures in the group stage and G2 put on a clinic as it swept aside Liquid in under half an hour. With a 3-19 scoreline and an enormous gold advantage of around 16,000, it was something of a masterclass from the European team. AD carry Lukas ‘Perkz’ Perkovic topped the charts for kills, with a fine Ashe triple taking his tally up to seven eliminations by the end of the match. His opposite number on Team Liquid, rookie Edward ‘Tactical’ Ra, struggled against the LEC number one seed, posting a 2/7/0 KDA.

It was a similar story across the board, with Liquid being out-levelled in the early game and struggling to put down some significant damage onto G2, despite Jo ‘CoreJJ’ Yong-in’s best efforts with Sett.

As it stands, G2 is currently top of Group A with a 3-1 record. All remaining games in Group A will be played out today, and a win against either Machi Esports or Suning will guarantee them a spot in the quarter finals.

Meanwhile Team Liquid is now 1-3 and will need a miracle to progress from the group. The NA team will have to win its own matches against Machi and Suning, have other results go its way, and likely win at least one tiebreaker at the end of today to reach the knockout stage.