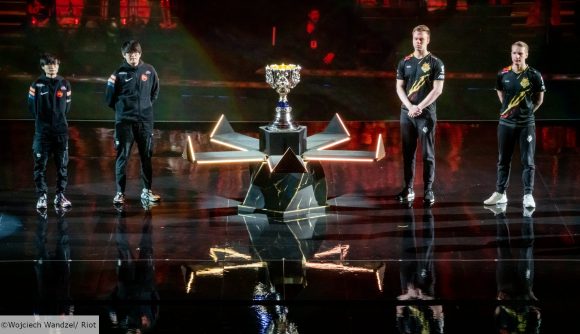 The full fixture list for this year’s League of Legends World Championship in Shanghai has been released, and there’s a big intercontinental clash to kick the tournament off.

The very first match of Worlds 2020 will see LEC fourth seed MAD Lions take on the winners of the Brazilian CBLOL league, INTZ, in the play-ins. While exact times are not set in stone just yet, the match will be the first of the tournament and be played at approximately 01:00 PDT (04:00 EST/ 09:00 BST/ 16:00 CST local time) on September 25.

The first game in the group stages is set for October 3 and will again run at approximately 01:00 PDT. It will be a Group D fixture between LCS’ FlyQuest and LPL top seeds Top Esports, so any FlyQuest fans will have to stock up on the Red Bulls and coffee to watch this one.

In the first round of the group stage, fans will be treated to a mixture of games from different groups each day, but in the second round, only one group will play matches per day.

This means that each group stage team will have a three-match day at some point.

At the business end of Worlds, approximate timings have been listed for the quarter-finals, semi-finals, and grand final.

You can check out the full fixture list here.