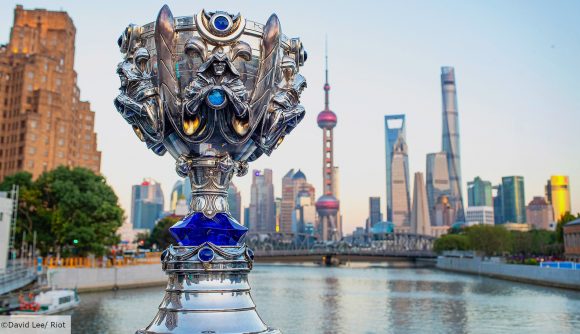 Despite registration for the League of Legends World Championship final being strict and requiring a Chinese phone number, a League of Legends account over level 30, and a deposit, the in-person live event has attracted the interest of more than 3.2 million. The only catch? There are just 6,312 seats available.

Fans now face an agonizing 24 hour wait to see if they are one of the lucky 0.2% of people selected to attend the finals in China. Due to social distancing rules around the global pandemic, Riot Games has been forced to alter the plan for event – however the fact that we’re even seeing a live in-person event is quite the recovery.

Once the fans have been selected tomorrow, they have just 24 hours to redeem their ticket for the final. If they don’t – a new winner will be selected. Oh, and there’s a very nifty system which has been put in place to stop winners selling on their tickets for an extortionate price.

Facial recognition systems will be in use to ensure the person registered to the ticket attends, and not anyone else. Physical tickets will not be sent out either – Riot is relying on a guest list this time around.

We finished ticket sign up at midnight China time.

The League of Legends Worlds 2020 final will be held at Pudong Football Stadium in Shanghai and will be the only esports event with an audience in China this year.

DAMWON is the first team to qualify for the semi-finals, we will know the full line-up for the final when the semis end on October 25.