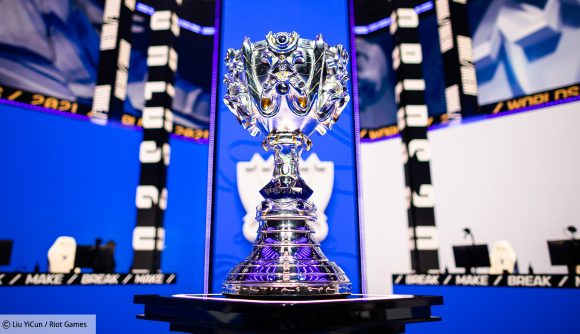 After a month-long display of peak League of Legends at Worlds 2021, this year’s tournament finally has its victor. After a fierce five-game series, Chinese first seed Edward Gaming has successfully usurped the throne from current champion DWG KIA.

EDG struck first blood and took game one, which was something few could have seen coming. Having only dropped two games throughout the entire tournament – both to T1 in what was a monstrous semifinal clash – it was believed by many that DWG had already cleared its most difficult hurdle, and a swift 3-0 would conclude this year’s proceedings.

However, after taking a hard L in game one, DWG turned on the jets, taking game two in convincing fashion. Game three was a slightly closer battle for the most part, with the LCK representative coming out on top. EDG struck back once again in game four to take the series to the infamous Silver Scrapes, setting the stage for a tense final game where EDG eventually took it all.

With EDG taking the crown, we’re eager to find out which champions the players will pick for their Worlds skins. Perhaps we’ll get to see Park ‘Viper’ Do-hyeon’s Lucian in EDG colours.