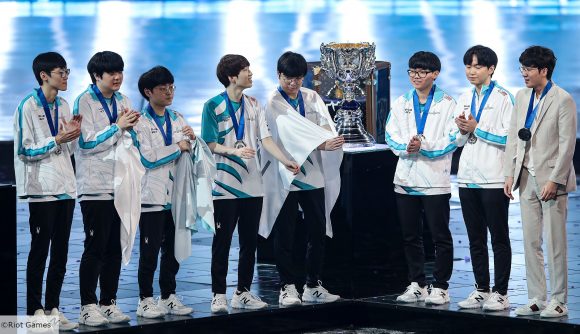 On DAMWON’s run to becoming 2020 League of Legends world champion, its players have faced tough challenges and difficult decisions in every game. Despite now lifting the Summoner’s Cup, the roster now has to make one last big decision: which champions are getting Worlds skins?

As is tradition, the players on the winning team of each year’s Worlds get the chance to pick a champion that will be part of a specially designed set of Worlds winners skins. These are usually champions that the individual player slayed with during the tournament – or would just look really cool with a badass skin. Well, during the post-final press conference, DAMWON’s roster hinted at which champions they’re considering giving Worlds skins to.

In response to a question from Chilean website Alerta Geek, toplaner Jang ‘Nuguri’ Ha-gwon reiterates what he said in an interview earlier this week: Kennen was currently top of his list to get a skin. Kennen has been one of Nuguri’s most-played champions at Worlds and has connections to Nuguri’s in-game name, which means raccoon in Korean.

Final MVP Kim ‘Canyon’ Geon-bu claims that Graves is likely going to be his pick, joking that the reason is because he is a “Graves one-trick.” The Outlaw has been Canyon’s most used champion at Worlds and featured in two of the four matches in the final against Suning. Canyon had also previously said in an on-stage interview after the final that Nidalee is also in contention. 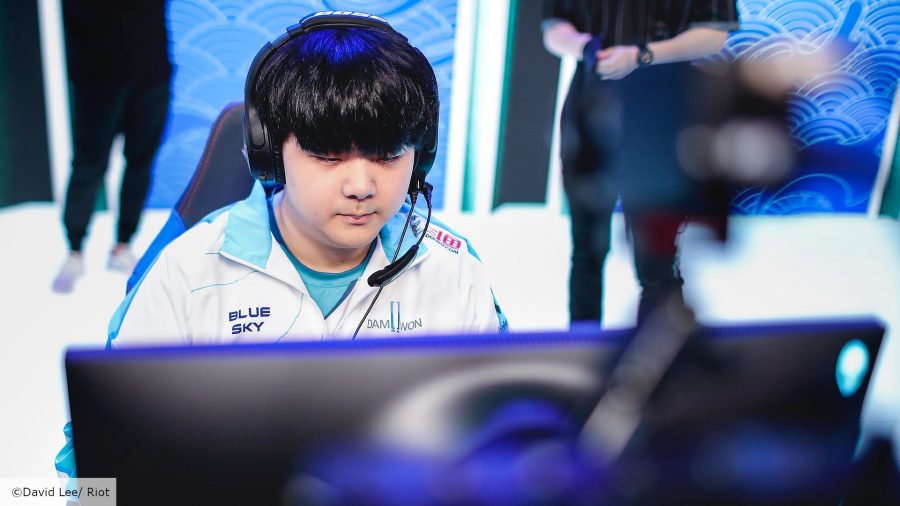 Support Cho ‘BeryL’ Geon-hee says that he is currently torn between Leona and Pantheon. He also adds that next year it will be hard to “repeat” his playstyle of having Pantheon as a support, so this may sway his decision as to who gets the skin.

Midlaner Heo ‘ShowMaker’ Su gives the most definite answer of the lot and says that Twisted Fate will be his choice for a Worlds skin. While he was frequently banned away from ShowMaker in the final, he has played Twisted Fate on five occasions at Worlds 2020.

And finally, ADC Jang ‘Ghost’ Yong-jun admits he’s torn between a number of champions and is yet to decide, but that the list includes Jhin, Ashe, and Caitlyn.

Before you get too excited that your main could be getting a shiny new Worlds winners skin, be warned that these are not final decisions and could change between now and whenever the announcement will be.

You may have a while to wait to find out which champions the winning roster picked and what they’ll look like, as 2019 champion FunPlus Phoenix didn’t have its skins revealed until April 2020.