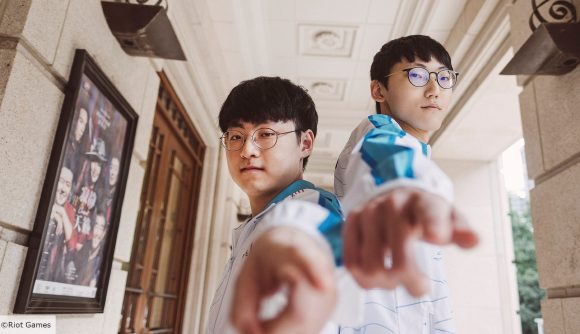 DAMWON Gaming came into League of Legends Worlds 2020 on something of a hot streak that earned it the almost unanimous prediction that it would reach the final. However, the extent of that hot streak, which has continued throughout Worlds, is pretty staggering.

The LCK top seed has racked up an insane win-loss record since the start of the Summer Split, playing 55 games of League of Legends and losing just seven of them. That’s a win percentage of 87.2%. At Worlds, where it has faced some of the best teams on the planet, DAMWON has lost just two games – one of which was a final group game against JD Gaming in which both sides had already qualified for the knockouts.

In essence, there aren’t many ways to get the better of DAMWON. LPL third seed Suning will certainly have the odds stacked against them, despite showing they can cause an upset, and will have to win as many games in a one series as DAMWON has lost in 12 weeks.

DAMWON’s crazy form in the final half of 2020 has been a sight to behold, and that 48-7 record since the start of Summer Split included an almost unbelievable 17-game unbeaten streak, which included the end of the LCK regular season, Summer Playoffs, and the majority of the Worlds group stage.

Only one will Take Over.

Confidence in the DAMWON camp is, as you’d imagine, fairly high, with star toplaner Jang ‘Nuguri’ Ha-gwon already thinking ahead to which champion he’ll give a Worlds winners skin to.

While its already taken out the second and first seeds from its region en route to the final, a Suning victory would arguably go down as the biggest upset in Worlds finals history.