Team Liquid and Cloud9 are flying the flag for North America and the LCS at League of Legends Worlds 2019, and now Clutch Gaming has joined them with a convincing win over Royal Youth in its Play-In round two match. A quick 3-0 victory against the Turkish team was led by an outstanding performance from AD Carry Sun ‘Cody Sun’ Li-Yu, who went the full three-game series without a single death.

With that win, Clutch Gaming will be going through to the main event of LoL Worlds 2019, and will be drawn into one of the existing groups. However, due to region restrictions, it can’t be put in the same group as either Cloud9 or Team Liquid. So, Clutch will be going into either Group B (FunPlus Phoenix, J Team, GAM Esports) or Group C (Fnatic, SK Telecom T1, Royal Never Give Up). Group C, already dubbed the “Group of Death” by many, is undoubtedly the trickier to navigate. But Cody Sun is confident either way. In fact, everyone on the team believes it’s their destiny to join the harder group.

“We want to go into Group C,” says Cody Sun after triumphing over Royal Youth. “Even before groups were made, Huni (top laner Heo Seung-hoon) said that’s the group we were going to be in. He put it out in the universe and now it’s happening so we’re destined to go to Group C, and we’re going to try our best there.”

It’s been a long summer for Clutch. The team has now played more games than Cloud9 and Team Liquid on its road to Worlds. A worry of burnout is there, but Cody Sun believes his teammates are still fresh for the challenge. “Getting third seed actually helped us a lot,” he says. “We have a ton of momentum and a ton of experience playing on the current patch and in the current meta. I think it’s going to help us a lot going into the Group Stage. I definitely feel a lot better now we’ve fought our way here.”

Surprisingly, it was Clutch’s match against Royal Youth, the final hurdle in its journey, that turned out to be the easiest. Even from early on in the match, Cody Sun knew he could exploit the aggression of the enemy bot lane.

“There was a point where I was actually caught out by their Thresh flashing over the raptors wall. That’s a pretty unconventional play. Luckily I survived and I was like ‘okay, their support is playing really aggressive guys. If we don’t die and know where he is then he’s just going to kill himself.” 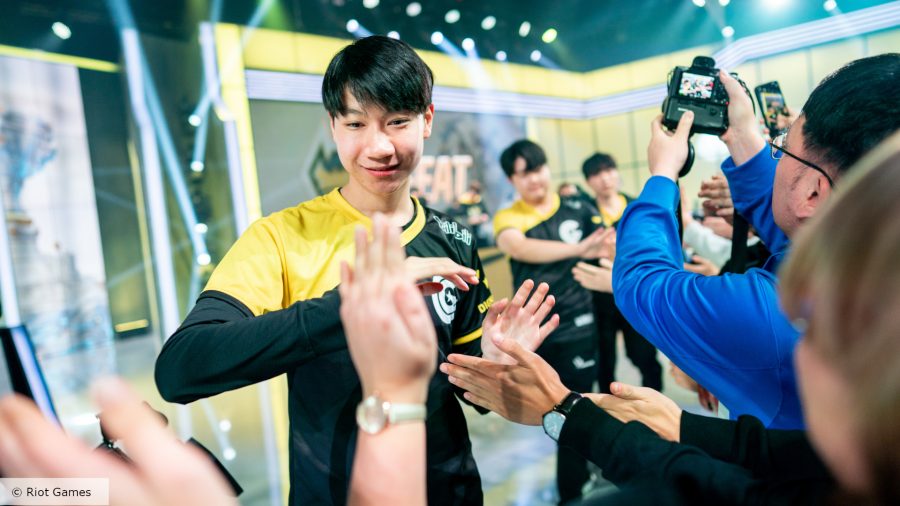 Of course, harder challenges will await Clutch no matter what group it gets placed in. Cody Sun is adamant that it will be Group C, and if so, he’ll be up against an old foe.

“I played against Rekkles (Fnatic’s bot laner Martin Larsson) two years ago. I was a rookie back then, and last year I got Fnatic in my group as well, but unfortunately wasn’t able to play. This time I get him again, and I’m just hoping to put in a good performance against him because he’s someone I respect. All the bot lanes in Group C are people I look up to, but they all have strengths and weaknesses. I try to learn from their strengths and cover my own weaknesses.

“It’s hard to say whether we’ll make it out of Group C, but we’re just going to show the best performances we can and hope for the best.”