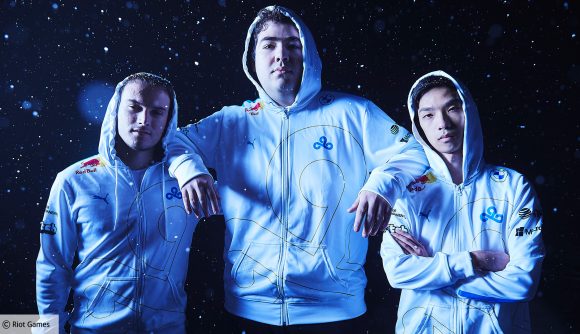 The 2021 League of Legends World Championship Group Stage had its share of shocks. Cloud9 surfaced from a stacked Group A, while a tense four-way tie in Group D saw Gen.G and MAD Lions come out the other side.

In the lead-up to the Worlds 2021 Knockout Stage, we pondered which team had surprised the tournament’s on-screen talent the most so far. To help answer our question, we tapped the LEC’s Aaron ‘Medic’ Chamberlain and the LCS’ Isaac ‘Azael’ Cummings Bentley for their thoughts.

Unsurprisingly, Cloud9 proved to be Azael’s biggest surprise, and for good reason. Having been placed into Group A with current world champion DWG KIA, and 2019 winner FunPlus Phoenix, the LCS third seed was always favoured to take an early flight home. “After week one, it didn’t look like it would be possible for them to make the run whatsoever,” he says. However, the team’s fortunes turned in the return leg of games, and Cloud9 booked its spot in the quarterfinals after navigating its way past a struggling FPX and a tiebreaker against Rogue.

“They played so much better in the second round robin,” Azael says. “Robert ‘Blaber’ Huang had his best international performance ever, plus Luka ‘Perkz’ Perković had some incredible games despite some very int moments!”

Medic, on the other hand, was less surprised by the outcome of the Group Stage.

“Considering the circumstances things played out as to be expected in terms of results,” he says. “Overall, I was pretty shocked by FPX, but it seems like Gao ‘Tian’ Tian-Liang had some medical issues that hampered his play.”

Indeed, as reported by Inven, former FPX toplaner Kim ‘GimGoon’ Han-saem said on stream that Tian had been struggling due to his health – a major reason for FPX’s downfall, for sure.

With Group A escapees Cloud9 set to take on Gen.G on October 25, there could yet be further surprises in store.

Check back later for more insights from Azael and Medic on their favourite and least favourite champion picks, and picks they’d love to see picked up throughout the Knockout Stage.