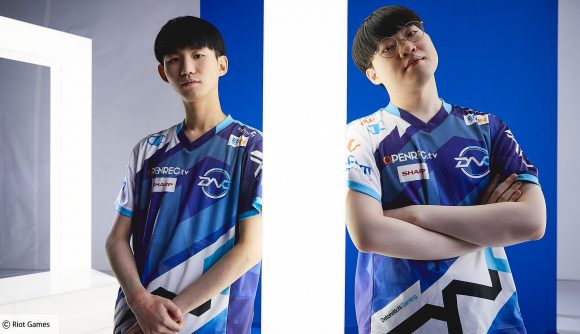 DetonatioN FocusMe yesterday found itself facing the defeat screen for the second time in its League of Legends World Championship Group Stage campaign. Although the team had shown great spirit in the top half of the map, opponent 100 Thieves ruthlessly snowballed through the bot lane, setting into motion the LJL representative’s defeat.

Catching up with midlaner Lee ‘Aria’ Ga-eul after the game, he says that while DFM was willing to give up a little in the bot lane in return for a strong mid-jungle pivot, “the bot lane exploded too early so we also lost power in mid lane and the jungle.”

Yesterday’s tie saw Aria facing up against 100 Thieves’ Felix ‘Abbedagge’ Braun – the man known affectionately by many in the west as ‘Fakerdagge’. When asked for his thoughts on the matchup, he says that he didn’t feel nearly as much pressure as he did when he played against the man Abbedagge is nicknamed after the day before, and “had a smooth laning phase in general.”

A player he has previously referred to as “a god-like figure” in an interview with Korizon’s Ashley Kang, Aria says that his suboptimal performance against T1 was due to feeling the pressure of the match up against the Unkillable Demon King, Lee ‘Faker’ Sang-hyeok.

“Faker is obviously one of the most representative figures in League of Legends,” Aria says. “So during the laning phase I was feeling a little bit small [against him].” When asked which champion Aria would like to showcase against Faker the next time the pair met, his answer was simple: “LeBlanc”. This comes as no surprise, considering both players are prolific on the pick.

Aria’s LeBlanc had been banned out consistently throughout the LJL season, with the player going deathless on the champion in the league. And, of course, LeBlanc is one of the champions Faker first made his name on all the way back in 2013. 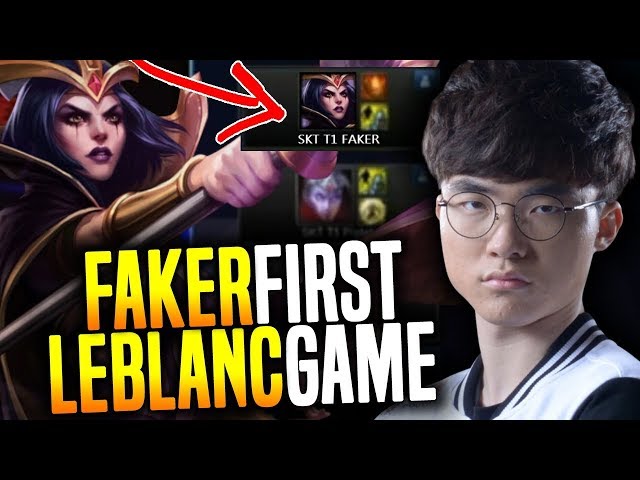 With star players like Faker having come up through the domestic Korean scene, and Kim ‘Doinb’ Tae-sang earning his stripes in China, we wondered if the next great Korean midlaner could emerge from a smaller region that regularly attracts Korean talent like Japan. While Aria thinks it’s possible, he admits that it’s “not really likely”.

So what does this mean for the player going forward? Well, for now Aria is heavily-focused on helping DFM achieve its goal at the Worlds Group Stage – win one game. Beyond that, the player says his future is something he has “thought over so many times,” so who knows if Aria will try to hack it in one of LoL’s major leagues, or will remain in Japan and establish his legacy with DFM?

With another full week of games to be played, there are still opportunities for DFM to realise its goal. Though overcoming the gods and titans of the LoL Worlds Group Stage is no easy feat, Aria says the team “will do our best to make it happen.”

For Aria, personally, losing lane over the coming days is out of the question. “I never want to lose lane,” he says, “I want to dominate my lane.” We will see if Aria can make good on his goal when DetonatioN FocusMe take on EDward Gaming later today.