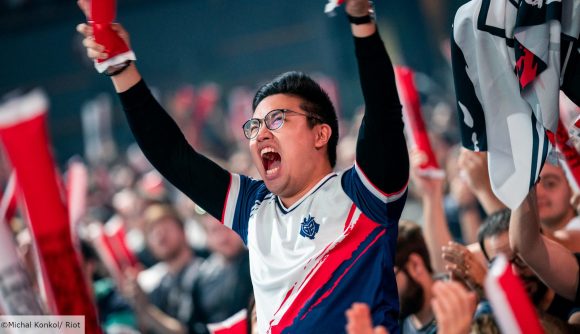 Despite there being three top seeds in the semifinals, it’s still been incredibly hard to predict every single result at this year’s League of Legends World Championships.

However, LoL Esports Stats have revealed that there are 34 people out there with perfect Pick’ems remaining as we head into the semis on November 2. These 34 people either have exceptional League of Legends knowledge, are psychics/ time travellers, or just got very lucky. Either way, what do they think will happen when SK Telecom face G2 Esports and FunPlus Phoenix and Invictus Gaming compete in an all Chinese match up?

According to the Twitter post by LoL Esports Stats, 73.5% of the 34 perfect Pick’ems have SK Telecom down to advance to the final, which works out as 25 of them. Meanwhile 61.8% have defending Worlds champions Invictus as their favourites in the other semifinal, which translates to 21 picks. Unfortunately, the stats don’t reveal the percentages for all the different variations of picks – such as tipping both SKT and Invictus to advance – but as we can see these knowledgeable (or very lucky) folks seem to think it will be the end of the road for G2 and FunPlus Phoenix.

The oracles of #Worlds2019 have spoken, there are only 34 remaining perfect pick’ems, here’s what they’re predicting for semifinals:

SK Telecom is chasing a fourth Worlds title but faces super strong opposition in G2, who is looking to become the first European winner of Worlds since the very first tournament in 2011.

Invictus is out to defend its Worlds crown and will have to overcome fellow Chinese team FunPlus Phoenix to reach consecutive grand finals.

With two stacked semifinals it is difficult to pick a certain winner. However, we know that there will be 34 extremely anxious LoL fans watching the matches intensely to see if they can continue their perfect prediction streak all the way to the final.