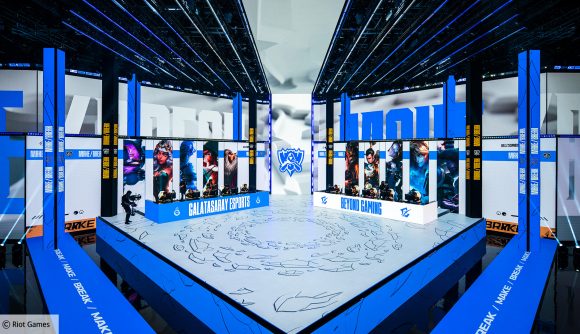 The 2021 League of Legends World Championship Final truly had it all. Boasting a five-game banger of a series, precluded by more Arcane goodness than you can shake Viktor’s walking stick at, there’s not much more a LoL esports fan could have asked for at this year’s finale – unless they were a DWG KIA fan, of course.

With the curtain closed on this year’s tournament, Riot Games has been busy totting up the viewership numbers. With the final being broadcast in 18 different languages, by 19 broadcasters, across 34 platforms, that’s a lot of data to crunch. As our favourite Machine Herald himself would say, there’s been a glorious evolution from last year’s figures.

In fact, this time round a brand new viewership record has been set for the Average Minute Audience – which basically means the average number of people who were tuning in at any 60-second stretch of the broadcast. This year’s tournament registered a whopping 30,604,255 AMA. To put it into perspective, this record-breaking figure marks a huge 32.82% increase over the record set by last year’s final between DWG KIA and Suning (23,041,174 AMA).

Relive 5 #Worlds2021 plays for the history books in this episode of Ultimate List presented by @sjokz. pic.twitter.com/6qcQJlVeMT

Needless to say, it’s been another mammoth year for LoL esports as a whole, epitomised by the impressive figures Riot has presented before us from the season’s thrilling conclusion. With 2022 (hopefully) being the year crowds can return to LoL esports events, we can’t wait to see this growth physically manifested at Worlds 2022.