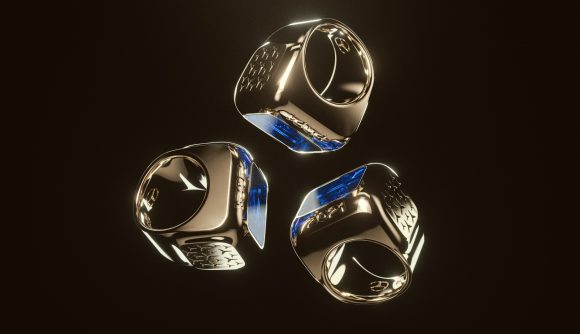 Every member of the winning team of this year’s League of Legends World Championship in Reykjavik, Iceland will receive championship rings – a tradition Riot Games and organisations have flirted with on and off for several years.

The 2021 LoL Worlds rings are certainly eye-catching, and are made from 18 karat white gold and sapphire. These are used to replicate the blue and silver color palette of the Summoner’s Cup. The rings were designed as part of a partnership between Riot and Worlds sponsor Mercedes-Benz and will be presented to the winning team during the trophy ceremony after the final on November 6.

While the act of awarding flashy rings to commemorate championship wins is commonplace in the world of sports, and has been adopted by a couple of esports too (most notably, Call of Duty), rings have been sporadically awarded to teams in League of Legends over the years. 2015 and 2016 LoL Worlds winner SK Telecom T1 (now just T1) saw some of its players retrospectively given rings for winning the tournament, while 2017 winners Samsung Galaxy were also presented with rings, but from the organisation itself, rather than from Riot.

This year, world-renowned jewellers Tiffany & Co. partnered with the LCK to give silver rings to the winners of the 2021 Summer Playoffs, and it seems this is a trend Riot wants to continue going into Worlds.

The pinnacle moment for #Worlds2021 just got bigger! @riotgames and @MercedesBenz joined forces to create bespoke rings that will be awarded to each team member of our 2021 Champions during the Trophy Ceremony presented by Mercedes-Benz. pic.twitter.com/PxVBCd6ufC

Whether this will be the start of a continued annual tradition at Worlds remains to be seen, but what we do know is that this impressive bling is certainly putting the ‘ice’ in Iceland.